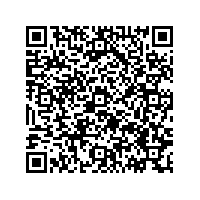 Subscribe to news
(PresseBox) ( Jena, 09-07-07 )
Jenoptik's involvement in the production of the modern infantry fighting vehicle for the Bundeswehr will translate into some 70 million euros through 2020. The order intake is expected in the 2nd half-year 2009, first contributions to sales in 2010.

The signing of the procurement order at the Federal Agency for Defense Technology and Procurement (BWB) at the end of last week, represents significant progress for the Jenoptik Group in the Puma business. Jenoptik will be strongly involved in the new serially produced Puma infantry fighting vehicle, contributing subsystems and components worth some 70 million euros.

With the signing of the order which is worth approximately 3.1 billion euros the go-ahead was given for production of 405 infantry fighting vehicles. They are to replace the old Marder and will be supplied to the Bundeswehr starting in 2010. PSM GmbH of Kassel, Germany, was tasked with the full project. The company is an equal joint venture of Rheinmetall and Krauss-Maffei Wegmann.

Jenoptik's Defense & Civil Systems division (in particular ESW GmbH) will provide the project with systems and components ranging from the power supply to stabilization, working in close cooperation with its project partners Krauss-Maffei Wegmann GmbH & Co. KG, Rheinmetall Landsysteme GmbH, MTU Friedrichshafen and with PSM GmbH of Kassel, Germany, which was tasked with the whole project. The division will provide the turret-weapon stabilization system, the on-board power supply including the starter/generator, the power converter with power management, the air conditioner drive unit, fan motors, and dust blowers.

Rheinmetall and Kraus-Maffei Wegmann number among Jenoptik's longstanding customers in the defense and security area. Jenoptik is a major provider of subsystems and components for defense applications in Germany. Since 2008, the Jenoptik Group has combined these operations in its Defense & Civil Systems division. The division will provide vehicle and aircraft equipment, drive and stabilization technology, optoelectronic instruments and systems for the defense, security, and aerospace industries, as well as software, measurement and control systems, in addition to a comprehensive range of services. In the area of military land vehicles, the Jenoptik Group is able to build on many years of success in providing subsystems and components for the vehicle platforms of leading systems manufacturers. This includes the Leopard 2 battle tank, the Panzerhaubitze (Tank Howitzer) 2000, and the Boxer armored fighting vehicle.