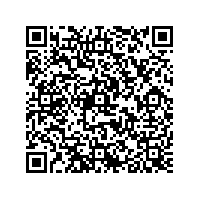 Jenoptik’s Lasers & Material Processing division appoints Stephen Hypsh to the post of the Vice President of the Lasers Business Unit in the USA & North America. 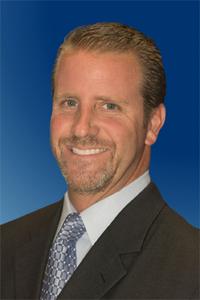 (PresseBox) ( Jena, 12-08-20 )
Stephen Hypsh has more than 15 years of experience and excellent knowledge of the laser sector, mainly in the USA and North America. Before he began working for Jenoptik, he held various executive positions in the industry. Most recently, he used to be responsible for the business development at Raydiance – a manufacturer of femtosecond lasers. Moreover, one of his previous positions was that of a Sales Manager at Trumpf Lasers in North America.

With Jenoptik, Stephen Hypsh joins one of the leading international technology companies which has experience in the laser industry for about 20 years. Jenoptik is one of the very few suppliers in the world mass-producing the entire technology chain within the field of laser sources – from semiconductor material and diode lasers up to solid-state lasers – ensuring high quality and process reliability.

The company sells its laser products and solutions at the American market as well. Jenoptik lasers are recognized there as being particularly reliable, efficient and powerful, and are used for various applications, mainly in the fields of industry and medical technology. In this context, Jenoptik relies on innovative and trendsetting lasers such as high-power diode lasers, disk lasers and fiber lasers.

The semiconductor material made by Jenoptik exhibits an excellent beam quality and a power of up to 160 watts cw or 300 watts qcw per laser bar. In cw operation mode a life time of up to 30,000 hours is reached.

Jenoptik’s high-power diode lasers have a high efficiency of up to 70 percent and a very small volume at the same time. They predominantly used as a pumping source for solid-state lasers and fiber lasers and as a direct beam source in medical technology and material processing.

The JenLas® D2.x laser series has a long success story. Those are green diode-pumped disk lasers mainly used in medical technology. More than 14,000 of those well-proven products have already
been delivered to destinations all over the world for applications in ophthalmology, dermatology and esthetics – most of them intended for the American and German market. At the beginning of this year, Jenoptik has introduced the further development of the JenLas® D2.x technology – the new JenLas® D2.mini 5/8W. The major advantages of this laser are its performance, optimized beam quality and more compact design.

In order to satisfy the demand for the efficient OEM fiber lasers, Jenoptik has also introduced the high-brightness single-mode high-power fiber laser system JenLas® fiber cw 1000 this year. It is characterized by high performance stability and a long life time of the laser source at a power of 1,000 watts. In this way, constantly high productivity can be achieved in metal cutting and metal welding.