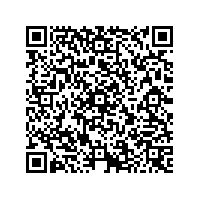 Subscribe to news
(PresseBox) ( Jena, 15-07-15 )
The JENOPTIK AG Supervisory Board elected Matthias Wierlacher as Chairman at its extraordinary meeting on July 15, 2015. He succeeds Rudolf Humer, who stepped down from his position on the Supervisory Board with effect from June 30, 2015.

Matthias Wierlacher, 51, has been Chairman of the Executive Board at Thüringer Aufbaubank since February 2002 and a member of the JENOPTIK AG Supervisory Board since June 2012. From 2000 to 2001, he was a Member of the Executive Board of Deutsche Effecten- und Wechsel-Beteiligungsgesellschaft AG (DEWB), a former Jenoptik majority holding. Prior to that, he held a range of leading positions at Bayerische Vereinsbank. Via Thüringer Industriebeteiligungs GmbH & Co. KG, Thüringer Aufbaubank has an 11 percent indirect stake in JENOPTIK AG and is thus its largest single shareholder.

Mr. Wierlacher, Chairman of Jenptik's Supervisory Board, says: "I am pleased about the confidence of the Supervisory Board members. I am happy to contribute the experience gained in many years as member of Supervisory Boards to successfully accompany the Jenoptik Group on its path of sustainable and profitable growth."

Michael Ebenau remains the Vice Chairman of the Jenoptik Supervisory Board.

As an integrated photonics group, Jenoptik divides its activities into five divisions: Lasers & Material Processing, Optical Systems, Industrial Metrology, Traffic Solutions and Defense & Civil Systems. Its customers around the world mainly include companies in the semiconductor equipment equipment industry, automotive and automotive supplier industry, medical technology, security and defense technology as well as the aviation industry. Jenoptik has about 3,500 employees and generated revenue of approximately 590 million euros in 2014.