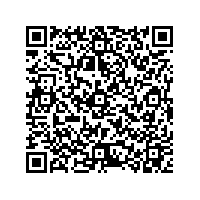 Subscribe to news
(PresseBox) ( Jena, 12-01-31 )
The photonics industry continues being in the ascendant at the leading trade fair in San Francisco with a marked increase in visitor and exhibitor numbers compared with 2011. Jenoptik reported significant demand from clients, particularly for lasers and laser systems for industrial and medical fields as well as for integrated optical solutions.

The Jenoptik Lasers & Material Processing and Optical Systems divisions presented numerous innovations and their product portfolio at the leading trade fair for the photonics sector in 2012. The SPIE Photonics West at the end of January 2012 was attended by more than 20,000 trade visitors, an increase of approx. 5 percent over the previous year. There was a similar rise in the number of exhibitors; this led to a sell-out of the exhibition space. "The success of the trade fair overall demonstrated that the photonics industry is continuing on a path of growth and is becoming increasingly important as a driving force for innovation in numerous sectors such as electronics, medical technology, the automotive or defense industries. We are looking ahead to the new fiscal year with confidence", said Dr. Michael Mertin, Chairman of the JENOPTIK AG Executive Board.

Jenoptik's motto at the trade fair was "Sharing Excellence in Lasers & Optics". Projects were redeveloped and advanced with clients at numerous specific meetings. Many of the visitors to the Jenoptik booth obtained information about the products and services along the value-added chain for laser beam sources and about the optical expertise in the field of conventional optics, micro-optics and optoelectronics. The visitors were particularly interested in products such as the 1 kW JenLas® fiber cw 1000 fiber laser, the JenLas® D2.mini 5/8W compact green disc laser, the expanded series of F-Theta lenses for high-power lasers in the multi-kW range as well as the compact imaging modules.

The biophotonics trade fair BiOS EXPO, which preceded Photonics West, also reported a significant figure rise in visitor numbers. Jenoptik used the trade fair to present its range of services for medical technology and life science, one of Jenoptik's growth markets. Visitors and the media showed a great deal of interest in the SPIE Start-up Challenges at which young entrepreneurs presented their business ideas from the areas of biophotonics and optoelectronics. The SPIE Fellows Jay Kumler, who is responsible for the US activities of Optical Systems, and Dr. Marc Himel, Business Development Manager for micro-optics, made their expertise as industry experts available to the teams. Jenoptik supported the entrepreneurship event by providing sponsorship for the winning teams.

On Wednesday this week Jenoptik will be announcing the provisional figures for the fiscal year 2011 together with an initial outlook for the current fiscal year. On Wednesday evening Jenoptik will be holding its traditional New Year's reception at the Group headquarters in Jena. Around 650 invited guests are expected to attend the event.

As an integrated optoelectronics group Jenoptik operates in the five divisions Lasers & Material Processing, Optical Systems, Industrial Metrology, Traffic Solutions and Defense & Civil Systems. Its customers around the world mainly include companies in the semiconductor and semiconductor equipment manufacturing industries, automotive and automotive supplier industries, medical technology, the security and defense technology industry as well as the aviation industry.

Further information can be found at www.jenoptik.com.