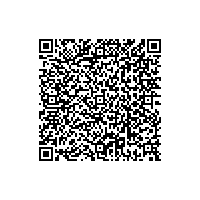 Jenoptik with positive start in first quarter; positive development of orders and cash flow creates solid basis for future performance over the year, despite corona crisis

Subscribe to news
(PresseBox) ( Jena, 20-05-13 )
The Jenoptik Group made a solid start in 2020. Over the first quarter, demand in many areas proved robust despite the corona crisis. The photonics company accordingly posted an increase in order intake (adjusted for the deconsolidation of Hillos GmbH) of 3.6 percent to around 211.7 million euros (prior year: adjusted 204.4 million euros / 210.4 million euros)*. VINCORION and, on an adjusted basis, the Light & Optics division both recorded significantly more orders than in the prior-year period. The Group’s book-to-bill ratio saw a marked increase to 1.29 (prior year: adjusted 1.15 / 1.14). The adjusted order backlog grew by more than 12.4 percent to 522.5 million euros (31/12/2019: adjusted 464.7 million euros / 466.1 million euros),

Over the first quarter of 2020, the corona pandemic had varying effects on Jenoptik’s revenue performance. The pandemic had little or no impact on business with public-sector customers and the semiconductor equipment industry, with both areas posting growth. The Light & Production division was strongly affected by developments in the automotive industry. The Jenoptik Group generated revenue of around 164.4 million euros. Adjusted for the deconsolidation of Hillos GmbH (prior-year revenue of 5.7 million euros), this is a decline in the seasonally weakest quarter of the year of 7.8 percent (prior year: adjusted 178.3 million euros / 184.0 million euros). The Spanish company INTEROB, acquired in January 2020, contributed 1.8 million euros to group revenue over the reporting period.

“Large parts of our business showed a robust development in the first quarter. It is also encouraging to note that we are continuing to see stable demand in the semiconductor equipment sector that is of particular importance to us,” says Stefan Traeger, President & CEO of JENOPTIK AG. “The Light & Safety division and VINCORION both even managed to increase their revenues with public-sector customers in the first quarter. Together with a good order situation and a healthy balance sheet, this is a good basis for us to emerge stronger from the crisis.”

On a regional level, all parts of the world posted declining revenues – with the sole exception of the Middle East/Africa. Asia/Pacific was affected most strongly, where impacts arising from the pandemic were already very clearly apparent in the first three months, especially in China (16.4 million euros compared to 23.0 million euros in the prior year). The share of revenue generated abroad was broadly unchanged at 74.2 percent (prior year: 73.8 percent).

At the beginning of the year, the Executive Board adopted a number of precautionary measures to react quickly to the new situation created by the corona pandemic. In addition to ensuring liquidity and profitability, measures were adopted to secure the operating business including the supply chain and to optimize the working capital. As a result, the operating cash flow improved substantially to 26.4 million euros as of March 31, 2020 (prior year: minus 0.9 million euros). This change was essentially due to the fact that the increase in inventories was more than offset by the reduction in trade receivables. As a result of the higher operating cash flow, the free cash flow also saw an encouraging increase to 14.4 million euros (prior year: million 5.1 million euros), despite an increase in capital expenditure over the reporting period. On an adjusted basis, the free cash flow came to even higher 15.1 million euros.

In view of the current situation, the Group is in a comfortable position with short-term liquid funds of 160.0 million euros (31/12/2019: 168.7 million euros). The increase in financial debt and a lower level of cash and cash equivalents (payment of first tranche for INTEROB) resulted in net debt of 16.1 million euros as of March 31, 2020 (31/12/2019: minus 9.1 million euros), which nevertheless still provides scope to ensure the company’s scheduled strategic growth.

Development of the divisions: robust margin level in Light & Optics, good business performance in Light & Safety and VINCORION, and as expected, decline in revenue and earnings in Light & Production

“As a result of the countermeasures we have taken and in view of an expected stronger second half-year, we anticipate to be able to meet analysts’ current average market expectations for the full year 2020 – revenue of around 800 million euros and an EBITDA margin of around 14.3 percent – despite corona-related impacts we see in the second quarter. In addition, the projects initiated for structural adjustment, efficiency enhancement and portfolio management should contribute to accelerate growth and improve the Group’s profitability from next year at the latest. We are reporting the associated non-recurring effects separately in this fiscal year,” says Stefan Traeger.

The Quarterly Statement is available in the “Investors/Reports and Presentations” section of the Jenoptik website. The “Jenoptik app” can be used to view the Quarterly Report on mobile devices running iOS or Android. Images for download can be found in the Jenoptik data base at http://media.jenoptik.com.

*Figures without remark are not adjusted

This announcement can contain forward-looking statements that are based on current expectations and certain assumptions of the management of the Jenoptik Group. A variety of known and unknown risks, uncertainties and other factors can cause the actual results, the financial situation, the development or the performance of the company to be materially different from the announced forward-looking statements. Such factors can be, among others, pandemic diseases, changes in currency exchange rates and interest rates, the introduction of competing products or the change of the business strategy. The company does not assume any obligation to update such forward-looking statements in the light of future developments.

Jenoptik is a globally operating technology group, which is active in the three photonics-based divisions Light & Optics, Light & Production and Light & Safety. Optical technologies are the very basis of our business with the majority of our products and services being provided to the photonics market. Our key target markets primarily include the semiconductor equipment industry, the medical technology, automotive and mechanical engineering, traffic, aviation as well as the security and defense technology industries. Jenoptik is listed on the Frankfurt Stock Exchange, has more than 4,100 employees and generated revenue of approx. 855 million euros in 2019.