Jenoptik welcomes two new members of the Supervisory Board 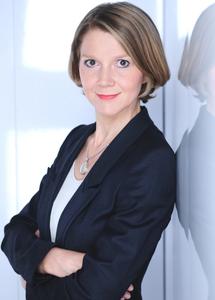 At the request of the Jenoptik Executive Board, with the unanimous assistance of the Supervisory Board and the Works Council, Jena district court appointed two experienced industry and business consulting professionals to the Supervisory Board of JENOPTIK AG by order of July 22, 2015. In accordance with the court order, Doreen Nowotne and Evert Dudok will take up their positions with immediate effect and be put forward for election by the AGM in June of next year.

Doreen Nowotne (*1972) is an independent business consultant and has been a member of the Supervisory Board of Brenntag AG, a chemicals distribution company listed on the MDax, since 2010. In the years 2013 and 2014, she was a member of the Board of Management of VAT Vakuumventile AG, Switzerland, and advisor to the shareholders. From 2002 to 2012, she was a partner at BC Partners in Hamburg, a leading investment company. Prior to that, she worked at UBS Capital and Arthur Andersen. In 1996, Doreen Nowotne completed her studies of business administration at the Dresden University of Applied Sciences with a degree in business administration.

Evert Dudok (*1959) has been Executive Vice President Communications, Intelligence and Security, and a member of the Executive Board at Airbus Defence & Space since 2014. The native of the Netherlands is an electrical engineering graduate with over 30 years’ experience in the aerospace industry. After obtaining his degree at Eindhoven University of Technology, he began his career at MBB, the predecessor of the EADS Group and today’s Airbus Group, where he held a range of leading positions, particularly in the Astrium space systems business. He was CEO at Astrium Satellites and Astrium Services from 2007 to 2013.

The Jenoptik Executive Board welcomes the decision: “Doreen Nowotne and Evert Dudok have comprehensive expertise in industry and business. As members of the Supervisory Board they will accompany the Jenoptik Group on its path with competence”, says Michael Mertin, Jenoptik’s President and CEO.

As an integrated photonics group, Jenoptik divides its activities into five divisions: Lasers & Material Processing, Optical Systems, Industrial Metrology, Traffic Solutions and Defense & Civil Systems. Its customers around the world mainly include companies in the semiconductor equipment industry, automotive and automotive supplier industry, medical technology, security and defense technology as well as the aviation industry. Jenoptik has about 3,500 employees and generated revenue of approximately 590 million euros in 2014.