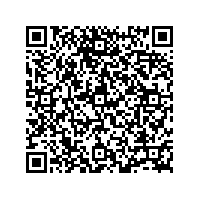 Subscribe to news
(PresseBox) ( Jena, 12-02-01 )
The 2011 group operating result increased to nearly 48 million according to first provisional calculations. This corresponds to a rise by more than 60 percent compared with 2010. Sales grew to approx. 540 million euros. "We are optimistic also for 2012. The new year has got off to a good start", said Jenoptik Chairman Dr. Michael Mertin.

For the Jenoptik Group 2011 was the best fiscal year in the company's more recent history. "We have achieved marked growth for the second year in succession. A further improvement in cost structures is reflected in increased profitability", said Jenoptik Chairman Michael Mertin, summarizing the fiscal year just past in Jena on Wednesday. The growth in sales, earnings and orders was attributable to a positive economic development plus an improvement in Jenoptik's market position.

In 2011 the Group reported a continuously very good order book situation which was maintained in the final months of the year 2011 and has also continued in the initial weeks of the current fiscal year. The order intake for the fiscal year 2011 as a whole is expected to total almost 650 million euros (prev. year 534.6 million euros). This represents an increase of more than 20 percent or more than 100 million euros compared with the previous year. In particular the high level of demand from the semiconductor industry in the Lasers & Optical Systems segment and from the automotive industry in the Metrology segment contributed to this growth. The vast majority of the record orders posted by the Defense & Civil Systems segment in the sum of approx. 250 million euros (prev. year 163.7 million euros) will contribute towards sales in the year 2013 and beyond. At the end of 2011 the order backlog of the Jenoptik Group amounted to nearly 450 million euros (31.12.2010: 355.4 million euros).

Information on the segments.

In the Lasers & Optical Systems segment the business in the Optical Systems division was primarily characterized by the high contributions to sales and earnings from the semiconductor industry as well as the winning of new key accounts. In the Lasers & Material Processing division, among other things, the Laser Processing Systems area reported growth in demand and consequently in sales. Sales for the segment in 2011 as a whole are anticipated to come in at approx. 215 million euros (prev. year 188.9 million euros). The increase in earnings is expected to be markedly higher than the rise in sales.

The Metrology segment benefited from a continuing high level of demand for industrial metrology for the automotive industry and major orders awarded for traffic solutions. With increased sales of approx. 140 million euros (prev. year 113.8 million euros) the segment will also report a marked rise in earnings.

Key financial indicators showed a further improvement in the fiscal year just past. For example, the shareholders' equity and shareholders' equity ratio increased as a result of the net income for the periods. The long-term financing structure with the 5 to 7 year promissory note at a favorable refinancing interest rate will secure the future operating growth. Once again Jenoptik succeeded in securing the current financing internally thanks to a clearly positive cash flow from operating activities and a positive free cash flow. Net debt decreased to approx. 78 million euros (prev. year 79.3 million euros) in spite of the business expansion, higher capex and the payment to a silent real estate investor.

Jenoptik intends to continue its growth path in 2012. "We will continue to pursue our long-term strategic agenda" said Jenoptik Chairman Michael Mertin. Growth in the medium and long-term is primarily anticipated to come from the development of foreign markets, mainly in North America and Asia. "To this end, over the last two years we have invested in structures and processes which are expected to pay off from 2012" continued the Jenoptik Chairman. Even though economic forecasts continue to be uncertain and sharply fluctuate - Jenoptik currently anticipates a continuation of the positive trend reported in the initial weeks of the year and expects to see further slight growth in sales in 2012. After the successful year 2011 Jenoptik intends to achieve again a Group EBIT of more than 40 million euros in fiscal year 2012. Depending on the development of the semiconductor cycle the group EBIT is expected to be in the range between 40 and 50 million euros. After the debt conversion and the restructuring of the group financing the Jenoptik Group anticipates a significantly improved interest result in 2012.

The previous year's sales, group EBIT, group EBT and order intake figures as well as sales of the Defense & Civil Systems segment were adjusted for the sale of Jena-Optronik GmbH.

As an integrated optoelectronics group Jenoptik operates in the five divisions Lasers & Material Processing, Optical Systems, Industrial Metrology, Traffic Solutions and Defense & Civil Systems. Its customers around the world mainly include companies in the semiconductor and semiconductor equipment manufacturing industry, automotive and automotive supplier industry, medical technology, security and defense technology as well as the aviation industry. The Group was created out of the former Kombinat VEB Carl Zeiss Jena in 1991, as a result of the German reunification. The Jenoptik Group headquarters are in Jena (Thuringia). In addition to several major sites in Germany Jenoptik is represented in nearly 70 countries and has production sites abroad in the USA, France and Switzerland as well as shareholdings in India, China, Korea and Japan. JENOPTIK AG is listed on the Frankfurt Stock Exchange and included in the TecDax index.