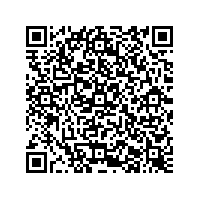 · Group revenue rose by 3.5 percent to 163.7 million euros
·  EBIT improved by 13.0 percent to 11.0 million euros
·  Significant 39.7 percent rise in order intake to 221.3 million euros
·  Dr. Stefan Traeger has been the new President & CEO since May 1st
·  Executive Board confirms 2017 guidance based on current business performance and excellent order situation

As expected, the Jenoptik Group made a solid start into the 2017 fiscal year and saw further increases over the first quarter, particularly in terms of orders, revenue and earnings.

“We made a good start into the new fiscal year and over the first quarter of 2017 managed to build on the successful development of business seen in prior quarters. This, in particular, was facilitated by our broad business base and the increasing internationalization of the Jenoptik Group. An excellent order situation, our consistent focus on megatrends and target markets, and a solid financial footing will also help us to achieve sustainably profitable growth in the future,” says Hans-Dieter Schumacher, CFO of JENOPTIK AG.

Revenue up 3.5 percent, particularly strong growth in the Americas

Group revenue rose to 163.7 million euros (prior year 158.2 million euros), with growth seen in optical systems for the information and communication technology as well as the semiconductor equipment industries. The Group also registered stronger demand in the medical technology and traffic safety industries, as well as for metrology from the automotive industry.

On a regional level, growth momentum was primarily attributable to the Americas, where revenue increased sharply, by 38.8 percent to 34.9 million euros (prior year 25.1 million euros). All three segments contributed to this positive development. Overall, Jenoptik generated 68.6 percent of its revenue abroad (prior year 65.3 percent).

EBIT sharply up again on back of profitable revenue mix

In the first three months of 2017, EBIT improved at a faster rate than revenue. At 11.0 million euros, the operating result was 13.0 percent up on the prior year (prior year 9.7 million euros) thanks to a strong contribution from the Optics & Life Science segment. The EBIT margin of 6.7 percent was higher than in the prior year (prior year 6.1 percent). In addition to slightly higher selling expenses, earnings were also influenced by increased administrative expenses, in part associated with changes on the Executive Board. Earnings before interest, taxes, depreciation and amortization (EBITDA) also increased more sharply than revenue, by 6.5 percent to 17.7 million euros (prior year 16.6 million euros).

Revenue growth and improved order situation in all three segments

Dr. Stefan Traeger has been President & CEO of JENOPTIK AG since May 1, 2017

With effect from May 1, 2017, Dr. Stefan Traeger has been the new President & CEO of the Jenoptik Group. The 49-year-old succeeds Dr. Michael Mertin, who has left Jenoptik after almost ten years of service as CEO. Dr. Stefan Traeger was formerly a member of the group management at the Swiss listed company Tecan Group AG. The holder of a doctorate in physics, Dr. Traeger has extensive experience in a range of management positions in the photonics industry and worked at companies such as Leica Microsystems and the Carl Zeiss Group prior to his position at Tecan. “I look forward to my new challenging role, and to playing an active part in shaping the successful development of the company,” says Dr. Stefan Traeger.

Following good development of business as scheduled in the first quarter of 2017, the Executive Board of JENOPTIK AG has confirmed the guidance for the current fiscal year it published in March 2017. Based on a very good order and project pipeline, the Executive Board is anticipating organic growth in revenue and earnings for 2017. Group revenue is expected to come in at between 720 and 740 million euros. All three segments will contribute to growth. Jenoptik is also expecting EBIT – on the basis of continuing operations – to rise in 2017. Depending on the development of revenue, the EBIT margin is forecast within the range of 9.5 to 10.0 percent.

“Our other plans also remain unchanged: by 2018, we aim to increase annual revenue to around 800 million euros – including smaller acquisitions – and achieve an EBIT margin of around 10 percent. The share of revenue in our focus regions of the Americas and Asia/Pacific combined will then grow to over 40 percent of group revenue,” says CFO Hans-Dieter Schumacher.

The Interim Report is available in the “Investors/Reports and Presentations” section of the website. Images are available for download from the Jenoptik image database in the “Current Events/Financial Reports” gallery.

As an integrated photonics group, Jenoptik divides its activities into three segments: Optics & Life Science, Mobility as well as Defense & Civil Systems. Its customers around the world mainly include companies in the semiconductor equipment industry, automotive and automotive supplier industry, medical technology, security and defense technology as well as the aviation industry. Jenoptik has about 3,600 employees worldwide and generated revenue of approx. 685 million euros in 2016.