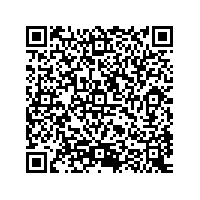 Jenoptik moving to a new technology campus in Michigan 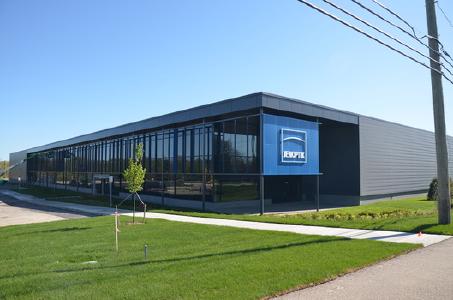 (PresseBox) ( Jena/Rochester Hills, MI, 17-05-09 )
The official start of business operations marks the beginning of a new era of Jenoptik’s automotive business in North America as the company opens its new modern campus of engineering, production, sales and service for both industrial metrology and laser processing systems. After relocation in the week of May 8th, full operational capabilities are expected to be online by May 15th. An internal opening ceremony with the Jenoptik Executive Board, local management and staff is planned for mid-June.

The new building covers 100,000 sq. ft., on a 16-acre campus in Rochester Hills, Michigan. Almost twice as large as its current facility, the new facility meets the latest standards in a production environment for both employees and customers. Benefits include modern and flexible application areas, which can be used simultaneously for training and meeting rooms. “In our expanded laser application center, we will be able to demonstrate and perform feasibility studies, application-specific competencies, as well as cutting and welding services directly on-site,” says Andreas Blind, V.P. of Sales, Services and Marketing.

The new facility will be equipped with modern systems and material for energy efficiency, including the latest in sensor-controlled office and plant LED lighting, as well as special energy saving HVAC systems. “We will markedly exceed U.S. and local environmental standards,” says David Matynowski, V.P. of Operations. The workplaces will not only have natural light in both office and production areas, but the manufacturing departments will also be modern and flexible, while the machine facilities will be equipped with the latest technology. Non-technological capabilities were also implemented, with a special floor thickness and ceiling height of 9 meters under the crane making it possible to flexibly produce customized solutions in the future.

In this first expansion phase, the new facility will devote approximately 50 percent of its total square footage to production. It will also provide areas and flexible expansion options, in the medium term, for other Jenoptik activities and future planned growth in the U.S.A. North America is one of Jenoptik’s strategic target markets with an expected above-average growth in the coming years. In 2016, Jenoptik generated around 20 percent of group revenue, or 135 million euros in the Americas. In total, Jenoptik currently employs about 270 staff in the U.S.A.

System solutions for the automotive industries

The business with the JENOPTIK-VOTAN® BIM laser cutting systems will also be expanded in Rochester Hills. For example, these cutting modules can be used to process aluminum or plastic parts. A new product will also complement Jenoptik’s portfolio in Rochester Hills: the “drop tester”, an impact test bench, measures the necessary force required to open an airbag compartment as well as the necessary time taken. The mechanics of the system are designed in Rochester Hills for application in the automotive industry. It complements the JENOPTIK-VOTAN® A laser system, which creates the predetermined breaking points in airbag covers.

Welcoming politicians and entrepreneurs from Germany

On the occasion of the relocation to the campus, the Jenoptik management and staff will welcome a delegation group from Thuringia, Germany on May 16. The group includes Thuringian Minister-President Bodo Ramelow, Thuringian Economics Minister Wolfgang Tiefensee, the Chairman of the Jenoptik Supervisory Board Matthias Wierlacher as well as members of LEG Thüringen, a federal development association, and entrepreneurs from the federal state of Thuringia visiting the Detroit area.

Meanwhile in Europe, Jenoptik presents its latest innovations in industrial metrology at the Control trade fair in Stuttgart (Germany) from May 9-12, 2017.

With its Automotive unit in the Mobility segment Jenoptik is one of the leading manufacturers of metrology and laser machines for manufacturing processes in the automotive industry. The portfolio includes high-precision contact and non-contact production metrology for a wide range of measurement tasks such as the pneumatic, tactile or optical testing of roughness, contour and form, as well as determining dimensions throughout all phases of the production process and in the metrology lab. The metrology product range is rounded off with a comprehensive service offering advice, training and customer service, as well as long-term maintenance agreements.

Furthermore, Jenoptik develops 3D laser processing systems and machines that are integrated into production lines for our customers as part of their process optimization and automation. These systems are used for processing plastics, metals and leather with maximum efficiency, precision and safety. The portfolio is complemented by energy-efficient and environmentally friendly exhaust cleaning systems for laser and other industrial processes.