Jenoptik and LEIDS will cooperate in the field of LED lighting 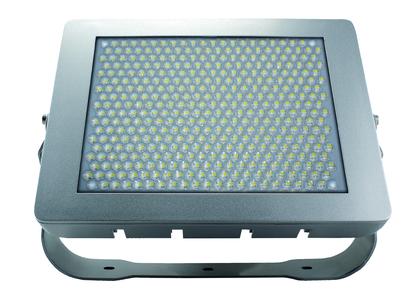 Both partners complement each other in several value added stages for the lighting industry. The cooperation leverages the expertise of LEIDS GmbH & Co. KG in the field of LED production, system design as well as market access to the industry, and the competencies of the business unit Optoelectronic Systems of Jenoptik's Optical Systems division in the field of development and production of highperformance optics.

The cooperation aims at the common development and production of components, modules and highly efficient LED illumination systems for industrial applications such as warehouse or workplace lighting.

Decisive factors for market success of LED illumination solutions will be efficiency increase of the LED light source, electronics and heat dissipation as well as cost reduction by implementing industrial and flexible processes. The special focus of future developments will be on the advancement of lighting performance of the LED lamps.

Integrating high-performance optics into industrial lamps helps to generate light distribution exactly adapted to applications for industrial customers and to produce a higher light intensity in total. Using these optics produced with mass replication techniques at the same time reduces the number of LEDs needed and thus achieves cost advantages for final products and their operation. Both factors will play an important role for the future development of the market.

Both partners show their latest LED lighting solutions for industrial applications at the exhibition transport logistics 2011 in Munich in hall A6, booth 152.

About the LEIDS GmbH & Co. KG: From LED manufacturer to an one-stop supplier

LEIDS GmbH & Co. KG is a subsidiary of the Taiwanese LED manufacturer ALDER Optomechanical Corp., founded in 2002. Due to the predictable market development, an own European brand for designing and marketing complete lighting solutions was founded in the middle of 2008. The German sales office, lead by the co-owners, turned into an operative subsidiary for luminaire development, certification, distribution and sales management of the brand LEIDS in Europe. Meanwhile there are LEIDS branches in Switzerland, Greece, Qatar, the Benelux countries, Poland and Turkey. The concept of own LED production and own luminaire development enables LEIDS to offer LED solutions at the latest state of the art and to react flexibly and quickly to changing market requirements.

The relaunch "LEIDS switch it on" in May 2011 combined with the new corporate identity is the next big step for positioning the brand LEIDS in the European market.

The business unit Optoelectronic Systems belongs to the Jenoptik Optical Systems division and is specialist for producing polymer optics and has essential competencies in all important stages of the value-added chain - from development to design and prototyping through series production of optomechanical and optoelectronic components and systems.

With its Optical Systems division, the Jenoptik Group is one of the few manufacturers in the world to produce precision optics and systems designed to meet the highest quality standards.

Besides systems, modules and assemblies, the Optical Systems division is a development and production partner for optical, microoptical and coated optical components - made of optical glasses, IR materials as well as polymers. It possesses outstanding expertise in the development and manufacture of optics and microoptics for beam shaping used in the semiconductor industry and laser material processing. The product portfolio also includes systems and components for life sciences as well as lighting applications, modules and system solutions for digital image capture and processing as well as cameras for digital microscopy.

Jenoptik: Record figures achieved in 2nd quarter; strong performance expected to continue in 2nd half of 2021