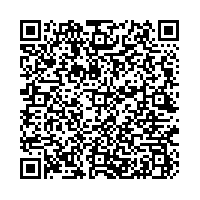 Subscribe to news
(PresseBox) ( Jena, 17-03-22 )
The Jenoptik Group closed the 2016 fiscal year with great success, setting new records in orders, revenue, earnings and free cash flow. Group revenue saw purely organic growth to 684.8 million euros (prior year 668.6 million euros). Reasons for this increase included higher demand for energy systems in the defense and railway industries, an upswing in investment in the automotive industry, especially in the field of laser machines, and stronger demand for optical systems in the semiconductor equipment sector and the market for information and communication technologies.

“After good performance in the first nine months of 2016, our business gained further momentum toward the end of the year. With revenue of 192.2 million euros and EBIT of 21.4 million euros, the fourth quarter was not only the strongest in the past fiscal year but also of prior years. Our strategic realignment with a stronger focus on growth markets and global megatrends is vindicated by the success we have seen in our established markets and new areas of business,” says Jenoptik President & CEO Dr. Michael Mertin.

On a regional basis, growth stimulus came mainly from the Asia/Pacific region and both the Americas and Germany. The share of revenue for the growth regions of the Americas and Asia/Pacific combined came to 34.4 percent of group revenue (prior year 32.7 percent). At 458.2 million euros, Jenoptik generated 66.9 percent of revenue abroad (prior year 450.8 million euros or 67.4 percent).

Operating result (EBIT) up at a faster rate than revenue; margin significantly improved

“On the basis of the achieved earnings, healthy cash flows and the available financing framework, the Group created sufficient room for maneuver in 2016 to enable future organic growth and acquisitions. We will thus be able to act flexibly and quickly,” says Hans-Dieter Schumacher, CFO of JENOPTIK AG.

Payment to shareholders due to rise – higher dividend proposed

On the basis of the Group’s solid earnings and good financial resources, the boards of JENOPTIK AG propose an increased dividend payment of 0.25 euros per share (prior year 0.22 euros) for the 2016 fiscal year to the Annual General Meeting on June 7, 2017. Subject to shareholder approval, a dividend payment of 14.3 million euros will produce a payout ratio in relation to earnings attributable to shareholder of 24.9 percent (prior year 25.4 percent).

Growth in all three segments

Profitable growth set to continue in 2017

“In key respects, the past fiscal year was one of the best in the company’s history. In 2017, the Jenoptik Group will continue to expand its systems and service business, invest in increasing its international reach and push ahead with the initiatives related to the operational excellence program. The Group thus satisfies all the conditions to ensure further successful and promising growth in the coming years,” says Jenoptik President & CEO Dr. Michael Mertin.

Based on a good order and project pipeline, the Executive Board is anticipating organic growth in revenue and earnings for 2017. Group revenue is expected to come in at between 720 and 740 million euros. All three segments shall contribute to this growth. Jenoptik is also expecting EBIT – on the basis of continuing operations – to rise in 2017. Depending on the development of revenue, the EBIT margin is forecast within the range of 9.5 to 10.0 percent.

“Our other plans also remain unchanged: by 2018, we aim to increase annual revenue to around 800 million euros – including smaller acquisitions – and achieve an EBIT margin of approximately 10 percent. The share of revenue in our focus regions of the Americas and Asia/Pacific combined will then grow to over 40 percent of group revenue,” says CFO Hans-Dieter Schumacher.

Dr. Stefan Traeger to become Chairman of the Executive Board of JENOPTIK AG

From May 1, 2017, Dr. Stefan Traeger will be the Jenoptik Group’s new Chairman of the Executive Board. The 49-year-old succeeds Dr. Michael Mertin, who is stepping down as CEO after almost ten years of service. In September of last year, Dr. Michael Mertin decided not to seek any further extension to his term on the Executive Board. The Supervisory Board of JENOPTIK AG then appointed Dr. Stefan Traeger as the new Chairman of the Executive Board in December 2016 and decided at its meeting on March 21, 2017 that he will assume his post on May 1, 2017.

Dr. Stefan Traeger comes to Jenoptik from Swiss company Tecan Group AG, where he was a member of the group management. The holder of a doctorate in physics has extensive experience in a range of management positions in the photonics industry and worked at companies such as Leica Microsystems and the Carl Zeiss Group prior to his position at Tecan.

The Annual Report is available in the “Investors/Reports and Presentations” section of the website. The “Jenoptik app” can be used to view the Annual Report on mobile devices running iOS or Android. Images for download can be found in the Jenoptik image database in the “Current Events/Financial Reports” gallery.

This press release may contain statements relating to the future which are based on current assumptions and forecasts made by the corporate management of the Jenoptik Group. A variety of known and unknown risks, uncertainties and other factors may cause the actual results, the financial situation, the development or the performance of the company to diverge significantly from the information provided here. Such factors may include changes in currency exchange rates and interest rates, the introduction of competing products or a change in business strategy. The company does not assume any obligation to update such forward-looking statements in the light of future events or developments. 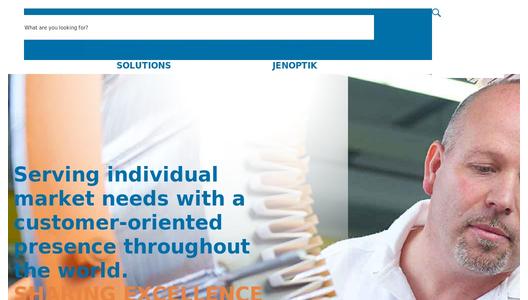 As an integrated photonics group, Jenoptik divides its activities into three segments: Optics & Life Science, Mobility as well as Defense & Civil Systems. Its customers around the world mainly include companies in the semiconductor equipment industry, automotive and automotive supplier industry, medical technology, security and defense technology as well as the aviation industry. Jenoptik has about 3,600 employees worldwide and generated revenue of approx. 685 million euros in 2016.

Executive Board and Supervisory Board of JENOPTIK AG propose to the Annual General Meeting 2020 to pay a dividend of 0.13 euros per share