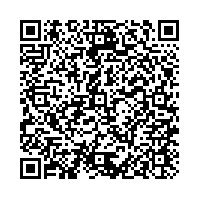 (PresseBox) ( Jena, 09-08-13 )
In the 1st half-year 2009, the Jenoptik Group felt the impact of the economic crisis in two of its three segments but is continuing to pursue strategic projects on a consistent basis. The Group took the process of internationalization in growth markets a decisive step forward and disposed of a loss-making marginal business through the withdrawal from the mid-format camera business. "We are getting ourselves ready to cope with the post-crisis period", said Dr. Michael Mertin, Chairman of the Executive Board of JENOPTIK AG on Thursday when announcing the figures for the 1st half-year and 2nd quarter 2009.

Consolidated sales in the 1st half-year 2009 totaled 231.3 million euros (prev. year 264.5 million euros), representing a 12.6 percent reduction. Whilst the Lasers & Optical Systems and Metrology segments posted lower sales, primarily as a result of the crisis in the semiconductor and automotive industries, the Defense & Civil Systems segment achieved a slight increase in sales compared with the same period in the previous year.

The Group withdrew from the mid-format camera business as a result of the insolvency on the part of a key supplier and the long-term detrimental effect on the market potential. "We disposed of a loss-making marginal activity and as such continued to focus the Group on its core areas of expertise", said Jenoptik boss Dr. Michael Mertin. There was a slight improvement in the net financial result for the 1st half-year 2009, which totaled minus 6.7 million euros (prev. year minus 7.8 million euros). The earnings after tax were below the line at minus 11.1 million euros (prev. year plus 6.3 million euros) as a result of the one-off effects and the lower operating result.

Small reduction in number of employees.

The number of employees in the Group reduced by a total of 46 in the 1st half-year 2009 to 3,354 (December 31, 2008: 3,400). However, the impact of the withdrawal from the mid-format camera business or of the planned closure of the Gießen optics site are for the most part not included in the 1st half-year. Adjustments to the reduced level of capacity utilization, particularly in the Optical Systems and Industrial Metrology divisions, were primarily made through short-time working and the reduction in temporary personnel. As at June 30, 2009, there were a total of 687 employees on short-time working within the Jenoptik Group.

Jenoptik is pursuing the expansion of its international business in growth regions as part of the strategic realignment. The objective is to expand the Group's direct local presence. In this context, Jenoptik took a number of key steps forward with the formation of joint ventures in Israel in the Optical Systems division and in South Korea in the Lasers & Material Processing division in the 1st half-year 2009. In conjunction with the Israeli company Dagesh, Jenoptik offers opto-mechanical modules for customers in the semiconductor and security industries. In South Korea, in conjunction with its longstanding partner Telstar-Hommel, Jenoptik is developing a laser application center which will specifically target the Asian electronics, flat panel and photovoltaics industries. In the 1st half-year 2009, Jenoptik won several orders from the photovoltaics industry, enabling it to further establish itself as a partner for this growth sector, including in particular on the Asian market.

Information on the development of three Jenoptik segments

The Lasers & Optical Systems segment was also affected by the crisis in the semiconductor and automotive industries during the course of the 2nd quarter. Sales in the 1st half-year totaled 74.1 million euros compared with 107.6 million euros for the same period in the previous year. The segment's operating result was characterized by the one-off effects in the sum of 7.9 million euros resulting from the withdrawal from the mid format camera business. The segment EBIT before these one-off effects was minus 1.8 million euros (prev. year 12.1 million euros) with the result in the 2nd quarter reporting a slight improvement over the 1st quarter 2009. The order book situation showed no signs of a reversal of the trend but did indicate a bottoming out. Increasing signs of a slight improvement in the current 2nd half-year are coming mainly from the semiconductor industry. The segment's order intake in the 1st half-year totaled 80.1 million euros, representing a 28.8 percent fall compared with the same period in the previous year (prev. year 112.5 million euros). There was a slight increase in the order backlog to 66.9 million euros as a result of the lower volume of sales (December 31, 2008: 63.6 million euros).

The Metrology segment continues to be affected by the ongoing, severe crisis in the automotive industry that is having a particularly negative impact on the Industrial Metrology division which the smaller but more stable Traffic Solutions division is unable to compensate for. The segment sales in the 1st half-year 2009 were down by 10.9 percent to 48.0 million euros (prev. year 53.9 million euros), with the Industrial Metrology division reporting a sharp fall, particularly in the 2nd quarter, since at the start of the year it was still benefiting from the order backlog prior to the crisis. The segment EBIT was minus 3.2 million euros compared with minus 1.0 million euros for the same period in the previous year, but improved in the 2nd quarter over the 1st quarter of the current year as measures designed to reduce costs took effect and the Traffic Solutions division also showed an improvement in its results despite the expansion of the Traffic Service Providing business. The segment's order intake revealed that it was mainly the suppliers who are being hit by the crisis in the automotive industry. This order intake was down by 39.1 percent to 40.1 million euros (prev. year 65.8 million euros). However, the order intake in the 2nd quarter remained stable by comparison with the 1st quarter. As a result of the reduction in the order intake, the order backlog reduced to 27.3 million euros (December 31, 2008: 37.0 million euros).

The Defense & Civil Systems segment continued its positive performance in the 2nd quarter. There has, however, been a slowdown in the growth rates of sales and results due to deliveries for a major order now having been completed. In the 1st half-year 2009, the segment posted sales of 105.2 million euros (prev. year 100.7 million euros), equating to a 4.5 percent increase. The segment's EBIT increased at a higher rate in proportion to sales by 48.1 percent to 8.0 million euros (prev. year 5.4 million euros). At 94.3 million euros, the order intake was up by 8.4 percent (prev. year 87.0 million euros) although considerations on a specific qualifying date are of little relevance in this business in which long-term and major orders are a characteristic feature. As such, in the current 2nd half-year the segment anticipates order intakes from the PUMA business (PUMA = modern infantry fighting vehicle used by the German Army) to which Jenoptik will be contributing components and subsystems valued at a total of approx. 70 million euros. The order backlog as at June 30, 2009 was 281.1 million euros (December 31, 2008: 294.6 million euros).

Positive Group EBIT before one-off effects in the full year 2009.

Sales and results in the 2009 fiscal year will not reach the levels achieved in 2008. This is attributable to more difficult sales conditions and more intensive competition for the remaining business. In the 2009 fiscal year cost reduction measures are expected to make a total contribution of more than 10 million euros to reduce fixed costs and thus partially compensate for the decrease in sales and margins. "The measures we have taken to reduce costs will secure our competitiveness over the long term and help us to continue pursuing strategic, future-oriented themes", says Jenoptik boss Dr. Michael Mertin. "Now more than ever it is important to continue with innovations and the expansion of our presence in growth markets so that we can take best advantage of the upswing following the crisis. Together with our customers, we are currently preparing ourselves for the period after the crisis", the Jenoptik boss adds.

The economic crisis is having a varying impact in the individual Jenoptik segments. Even under the difficult conditions in 2009, Jenoptik will benefit from the stable business of the Defense & Civil Systems segment. Once again, the segment is expected to make a contribution to sales in excess of 200 million euros in 2009 (2008: 208.5 million euros). The development of sales in the Traffic Solutions division (Metrology segment) is also expected to remain relatively stable. As the result of lower demand, we anticipate that sales in the Optical Systems and Industrial Metrology divisions for the full year 2009 will be markedly down on the figures for 2008 and we expect only a slight fall in the Lasers & Material Processing division. Jenoptik therefore predicts consolidated sales of between 460 and 500 million euros for the year 2009 as a whole.

The result from operating activities of the Jenoptik Group will be characterized by the anticipated reduction in sales volume as well as the prevailing market conditions in which competition will be more intensive. As a result of the stable contribution from the Defense & Civil Systems segment, as well as the presence in various markets, the Jenoptik Management forecasts a positive Group EBIT before one-off effects. However, in line with the economic crisis, additional one-off effects impacting on the results cannot be ruled out - for example because of customers or suppliers experiencing financing bottlenecks or one-off expenses, resulting from cost reduction and efficiency measures within the Jenoptik Group.

In addition to cash and bank balances as well as current securities in the sum of 15.3 million euros as of June 30, 2009 the Jenoptik Group also had unused credit lines of about 87.6 million euros available for its financing. Some of these have been used to refinance the convertible bond in July 2009. Negotiations are currently being held for the take-up of long-term credits, in order to shift the Group's financing from current to non-current. A part of the financing was already successfully shifted in the 1st half of the year. By applying for a state guerantee Jenoptik intends to secure a part of the remaining non-current financing. The Group's target is to increase the portion of non-current financial liabilities to more than 80 percent by the end of the year.

The complete report on the 1st half of 2009 will be available to you online as pdf-file at www.jenoptik.com under Investors / Accounts and Reports from 9 a.m.