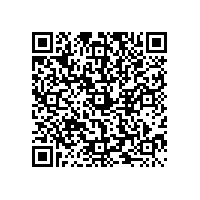 The Best of JAKOB Antriebstechnik GmbH

The jury consisted of experts, the editorial team of the trade magazine MM Maschinenmarkt as well as the readers of the magazine who were able to vote online for their favorite. Only products which have already won an industry prize or have experienced an outstanding response to the market were nominated.

The company JAKOB Antriebstechnik was convincing in the "Drive Technology" category with the EASY-Clamp system and was nominated for the "Best of Industry" Award.

How the EASY-Clamp system works

The assembly and disassembly of a servo coupling does not always have to be cumbersome and time-consuming. Clutch clamping hubs with EASY-Clamp-System enable easy clutching without additional tool.

Before assembly of the coupling, the clamping hub is elastically expanded. When the clamping screw is unscrewed against the so-called EASY pin, the required back pressure is generated (see illustration). When mounting conventional couplings without this system, assembly problems are more common. If there is too little play between the shaft and the pre-drilled hole and the hubs are difficult to push onto the drive or output shaft, the coupling hub must be widened by hand. Not infrequently, screwdrivers or other tools are used. Apart from the sometimes resulting damage or wear traces, the handling is also not optimal. In fact, in a survey, the "violent" assembly of servo couplings was stated as one of the most common reasons for damage to the clutch or the drive shafts (or drive axles). The EASY pin, on the other hand, makes the clamping hub sufficiently widened and the assembly is thereby considerably facilitated.

During the tensioning operation by means of the hexagon socket of the clamping screw, the hub radius narrows again, a play-free, non-positive shaft-hub connection is produced and the torque is reliably transmitted. In addition, the pin secures the screw against falling out.

The EASY-Clamp system also acts as a very useful addition to the clamping hub when dismantling. If the hub has to be loosened again, the EASY-pin ensures a playful easy disassembly. As a result of the pre-tensioning operation, settling occurs in the material of the clamping hub, which does not expand elastically by itself. In the case of conventional couplings, the screwdriver would again be used to expand the clamping hub at the radial puncture. The EASY pin also shows its great strength during disassembly and widening the clamping hub again by blocking the screw head. Since the screw is supported in the thread of the coupling clamp hub, while the screw head is rotated with light force against the EASY pin, a force is generated which spreads the clamping hub and plastically deforms. This provides enough clearance between the shaft and the hub to easily remove the clamping hub from the shaft.

In addition to the time saving for the installer, especially in the case of a flexible metal bellows coupling, there is no danger of impermissible bellows deformation due to compression or elongation. Tolerance errors of the shaft-hub fit can be largely compensated. Particularly in applications with frequent assembling operations, e.g. for test stands or for blind mounting, this represents a significant advantage.