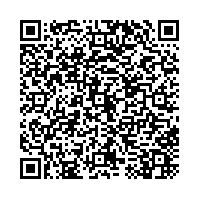 (PresseBox) ( Darmstadt, 15-08-31 )
ISRA VISION AG (ISIN: DE 0005488100), one of the world’s top companies for industrial image pro-cessing (Machine Vision) as well as globally leading in surface inspection of web materials and 3D machine vision applications, continues its successful growth course in the third quarter of the
financial year. The company profits from its long-term multibranch strategy, whose core it is to grow diversified across markets and regions with a broad portfolio. As such, ISRA – being less affected by economic impacts – continues to show a sustainable development also in the third quarter.

As a result of the investments in marketing and sales in the previous quarters, the regions show an overall positive picture despite of the varying developments. In the US, the growth continues based on the strong order entry of the first half-year. From Asia, the company records a good order situation and expects a general improvement of business in the next quarters after short-term delays in investments. Management responds to the current economic situation, particularly in China, with extensive measures for strengthening marketing and sales as well as additional innovations and cost optimizations in the product portfolio. In the European markets, the high revenue level of the previous year was reached again and even improved.

In both segments – Surface Vision and Industrial Automation – ISRA is showing growth. Industrial Automation continues to benefit from strong order entries – including from premium car manufac-turers – and achieved 17.1 million euros in revenues by the end of the quarter (Q3-YTD-13/14: 15.8 million euros). EBIT amounts to 3.2 million euros, resulting in an EBIT margin to total output of 17 percent as in the previous year. For the fourth quarter of the financial year, the company expects a continuation of the good order situation and further increasing revenues.

In the Surface Vision segment, the revenues grow by 10 percent to 59.3 million euros (Q3-YTD-13/14: 54.0 million euros). Concerning the earnings margins, the EBIT also shows an increase of 10 percent and amounts to 11.4 million euros, which corresponds to a margin of 17 percent to total output (Q3-YTD-13/14: 17%). The strong dynamic from the plastics industry of the first half-year also continues in the third quarter. The positive order situation of the Metal unit benefits from intensive marketing and sales activities. A strategic large-scale order from China is currently at an advanced stage of negotiation. The solar business remains to be dynamic at the high level of the previous-year period and will grow in the double-digit range. Orders for the inspection of solar wafers, cells and modules continue to come in, particularly from the Asian region. The activities in the glass and paper industry are strengthened through targeted investments in marketing and sales. In the Security Paper unit, new revenue impulses are expected in the short term from key customers – including from China – through innovations and the expansion of the portfolio for banknote inspection.

With the acquisition of Vision Experts GmbH, ISRA expands the product portfolio for the inspection of metal and pharmaceutical packaging printing and gains important international customers of the printing industry. The company expects synergies in the coming quarters by focusing on joined target markets and the global sales of the expanded product portfolio. Management further analyzes promising acquisition targets and is engaged in intensive discussions or at an advanced stage of negotiation.

The realization of the planned growth in a challenging market environment underscores ISRA's long-term multibranch strategy. Based on the strong order backlog of more than 70 million euros, a revenue increase in the lower double-digit percentage range for the current financial year is expected, even despite the currently inconsistent economic situation in some regions and industries. The company assumes that the overall basic economic conditions will not change further in negative direction and confirms the growth target communicated at the beginning of the financial year. In terms of profit, management plans a continuation of the high margin level of the preceding nine months. By focusing on innovations and efficiency as well as strengthening individual regions, ISRA is actively preparing for the medium-term targeted revenue dimension of 150 million euros.

ISRA Vision AG, together with its subsidiaries, is worldwide leading in surface inspection of web materials. Furthermore, it is one of the globally leading providers of machine vision programs, specialising in the area of 3D machine vision, in particular for "3D robot vision".

The core competence of the company is the ISRA-BrainWARE®, an innovative software for intelligent machine vision systems. Here, the scientific know-how from the fields of optics, lighting technology, surveying technology, physics, image processing and classification algorithms and a complex system design are combined. Machine vision is a key technology for visualising systems that imitate the human eye. Today's ISRA applications focus primarily on the automation of production and quality assurance of goods and products supplied to large, future-oriented markets such as energy, healthcare, food, mobility and information. The customers mainly include renowned global players from the respective sectors. With more than 25 locations worldwide, ISRA offers customer proximity everywhere and ensures optimum service and support.

In the past sixteen years, ISRA has shown profitable growth with an annual average increase in sales of approx. 25 percent. Currently the company employs approx. 600 people worldwide.