SKY-Billing by ISO accounts at the new Berlin Airport 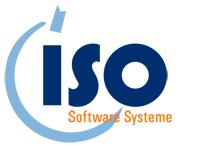 (PresseBox) ( Nürnberg, 10-11-16 )
The new Airport Berlin Brandenburg International (BBI) is going to operate its aeronautical invoicing using ISO’s SKY-Billing software. ISO was awarded an order to extend and adapt the SKY-Billing system which is currently also in use at the existing Tegel and Schonefeld airports.


ISO’s SKY-Billing software is going to process the aeronautical invoicing at the new Airport Berlin Brandenburg International (BBI). Both of the Berlin airports Tegel and Schonefeld, which BBI is going to supersede, work with SKY-Billing. ISO was awarded an order to extend and adapt the SKY-Billing system which is currently also in use at the existing Tegel and Schonefeld airports. The software integration works have been started recently.
SKY-Billing will ensure maximum process quality and automation in invoicing. Data supply for traffic statistics with SAP BW is also in the scope. Additionally, SKY-Billing supports a master data reconciliation feature, resource-based billing for counters and gates and improved auditing functions (GRC). All together, the components form a modular, highly standardized system which is perfectly integrated into the existing SAP ERP environment and thus is suited perfectly for the requirements of a modern airport.
It is a special challenge to implement a mission-critical system for a Greenfield airport like BBI: At the scheduled opening in June 2012 everything must work smoothly. ISO successfully coped with similar challenges at earlier projects at Bangkok, Bangalore and Hyderabad and will contribute its experiences for a save going live at one of the future most important hubs in Europe.
BBI was designed for an initial capacity of up to 27 million passengers. In comparison with entire Europe, this would make BBI number nine on the ranking list of the biggest airports which currently is Barcelona with the same number of passengers. Step by step, BBI can be enlarged up to 45 million passengers in a modular way. Thus, BBI provides the Berlin-Brandenburg region the capacities which will be needed in the future decades from the very beginning. With 45 million passengers a year, BBI would then be the fourth biggest airport in Europe between Frankfurt (54 million passengers/ year) and Amsterdam Schiphol (44 million passengers/ year).
“Being part of such a prestigious project right from the start is a great complement for our meanwhile 25-years-lasting activity in airport-management“, Chris Hartz, Director Airport Division of ISO, comments the decision Berlin Airports for SKY-Billing.

With its over 30 years of successful market presence, ISO Software Systems has become a well-established factor in the fields of IT-consulting, software development and all services connected to it. The core competences of ISO in the aeronautical industry are: SAP®-consulting and –development for airports, IT-solutions for airport management, air traffic control and airlines as well as data quality management in SAP®-solutions.
Over 30 airports worldwide work with software solutions of ISO – from the regional airport in Dortmund to important airports in Europe, like Zurich Unique, up to the major international hub in Bangkok. About 340 employees work at six ISO-locations in Germany and at subsidiaries in Austria, Poland, Canada and Dubai.