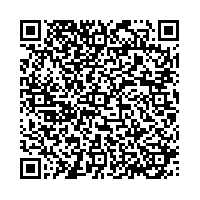 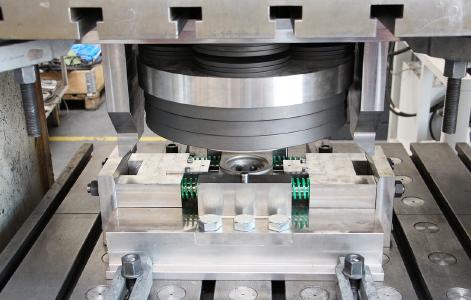 (PresseBox) ( Hannover, 17-04-10 )
At Hannover Messe, IPH intends to present a novel tool suitable for the hot forging of complex geometries which have not been realizable so far. During the forging process, it is already possible to produce undercuts – like for instance pin bores in steel pistons. Forging undercuts facilitates subsequent machining, saves material and reduces production costs. This makes the use of forged steel pistons more profitable and parts more reliable. IPH will showcase a model of the tool at the Lower Saxony Pavilion in Hall 2, Stand A08, at Hannover Messe taking place from 24 to 28 April 2017.

Conventional forging tools are not suited to create undercuts, since afterwards part removal from the tool is impossible. Undercuts are areas or protrusions which are perpendicular to the forming direction. One example is the pin bore in steel pistons for combustion engines: Up to now, it has to be drilled after forging.

With the new forging tool developed at IPH, bores can be pre-formed already during the forging process. The tool disposes of two horizontally driven sliders. When the die moves down, the sliders are driven horizontally into the hot steel billet, thus forming the area for the pin bore – the undercut. When the die moves up again, the sliders are driven back, and the forged part can be removed from the tool.

Forging undercuts facilitates subsequent machining considerably, speeding up the manufacturing process and reducing the overall costs. Moreover, about five percent less material and thus less energy during the forming process is needed, when pre-forming pin bores during the forging process. In future, steel pistons can thus be produced much faster and at a lower price, causing less impact on the environment.

In addition, the novel forging approach may also increase part quality. The reason: The cutting process interrupts the grain flow, while bulk metal forming makes use of it, thus reducing unfavourable notch effects. To the researchers’ opinion, this will make the piston more reliable.

The scientists of the Institut für Integrierte Produktion Hannover gGmbH (IPH) have developed the novel tool in cooperation with industrial partners. The approach is based on multidirectional forming, a technology which has been investigated at IPH for nearly twenty years. For the production of crankshafts, it has already been refined and scaled up to manufacturing standards. Within the scope of the project “Forging Undercuts”, the researchers’ focus was primarily on high-strength steel pistons, as used in small, fuel-efficient turbo engines. However, the principle can easily be transferred to other components.

On the occasion of Hannover Messe taking place from 24 to 28 April 2017, the researchers will showcase their development to the general public for the first time. A model of the tool will be presented at the Lower Saxony Pavilion in Hall 2, Stand A08. Interested companies and journalists may contact Susann Reichert of IPH via email reichert@iph-hannover.de for free tickets.

Further information on the research project are available under www.hinterschnittschmieden.de.

The Institut für Integrierte Produktion Hannover (IPH) gemeinnützige GmbH (which literally translates into Hannover institute of integrated production) is a service provider for production technology and was established in 1988 at the Leibniz University in Hannover. The IPH offers research and development, consultation and qualification concerning the subjects of process technology, production automation, logistics and XXL products. Its customers include companies from the sectors of tool and mould construction, machine and plant construction, aerospace and the automotive industry, electro industry and forging industry.
The business has its headquarters in the science park Marienwerder in the northwest of Hannover and currently employs 65 people, of which 26 are scientific personnel. (Status: February 2017).