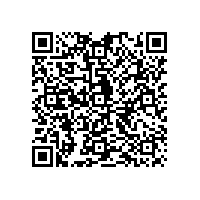 "We were pleased to report improvements in both gross margins and operating profit in the third quarter. These reflect our recent efforts to contain our network access costs and operating expenses while continuing to pursue revenue growth," said Ken Denman, President and Chief Executive Officer of iPass. "With our strong and liquid balance sheet, our highly diversified and stable customer base and our value proposition of helping customers rein in their mobility costs, we believe iPass is well positioned to weather the current economic climate."

Highlights for the quarter included:

- Gross margins improved by roughly 140 basis points, from 56.9% to 58.3%.
- Broadband, software and service fee revenues accounted for 82% of total revenues, up from 81% in the second quarter.
- Erosion of dial-up revenues lessened substantially-they declined 18% in Q2 but only 7% in Q3.
- Bookings for the quarter once again exceeded $20 million in order value, continuing a trend over the past two years of bookings in the range of $20 million and $25 million per quarter.
- Global network footprint continued to expand in Q3, with iPass signing agreements with IIJ and 3 Scandinavia for 3G mobile broadband in Japan and Scandinavia respectively, and with Beeline, the largest Wi-Fi hotspot provider in Russia.

The following statements are based on information available to iPass today, and iPass does not assume any duty to update these numbers at any time during the quarter or thereafter. These statements are forward looking, and actual results may differ materially.

iPass will host a public conference call today to discuss this announcement at 5:00 p.m. Eastern Time (2:00 p.m. Pacific Time).The call will be webcast on iPass' web site at http://investor.ipass.com, and a replay of the webcast will be available on iPass' web site until iPass reports its fourth quarter and full year 2008 financial results. A taped replay will also be available for two weeks following the date of the call. The dial-in numbers for the taped replay are 1-888-286-8010 (U.S. and Canada) and 1-617-801-6888 (international). The ID number for the replay call is 68921952.

iPass' projections of its fourth quarter 2008 financial results under the caption "Company Outlook," and in this press release are forward-looking statements. Actual results may differ materially from the expectations contained in these statements due to a number of risks and uncertainties, including: the rate of decline in use of narrowband/dial technology as a means of enterprise connectivity may be faster than iPass predicts; the risk that the current economic downturn and credit crunch will have a greater negative impact on iPass than it predicts; the risk that iPass will not be able to generate broadband revenues in the manner expected; rapidly emerging changes in the nature of markets served by iPass, which may not be compatible with iPass' services; increased competition, which may cause pricing pressure on the fees iPass charges; iPass could unexpectedly lose current integrated broadband access points if one or more current broadband access point providers perceive iPass' services to be competing with the provider's services in a manner that renders the relationship with iPass detrimental to the provider; iPass may not be able to establish additional relationships with broadband access point providers, including providers of 2.5G/3G Mobile Data, at the level iPass expects if it is unable to negotiate such relationships on terms acceptable to both iPass and the providers on the timeframe iPass currently expects for any number of reasons, including perceived competition with the providers; if bookings or sales are greater than iPass expects, then resulting sales commissions and/or other sales related expenses could cause iPass' non-stock compensation expenses in the fourth quarter to be greater than currently expected; and iPass may not be able to generate revenue from new services if market acceptance of those new services is not as iPass expects. In addition, given the recent decline in iPass' stock price, management reviewed the recoverability of iPass' goodwill balance and concluded an impairment charge was not required as of September 30, 2008. If iPass' common stock price continues to trade below book value per common share, iPass may have to recognize an impairment of all, or some portion of, its goodwill and other intangible assets in the near future. Detailed information about potential factors that could potentially affect iPass' business, financial condition and results of operations is included in iPass' Quarterly Report on Form 10-Q under the caption " Factors Affecting Operating Results" in Part I, Item 2 of that report, filed with the Securities and Exchange Commission (the "SEC") on August 11, 2008 and available at the SEC's Web site at www.sec.gov. iPass undertakes no responsibility to update the information in this press release if any forward-looking statement later turns out to be inaccurate.

For purposes of comparability across other periods and against other companies in the company's industry, the company reports non-GAAP net income (loss) as adjusted by the amount of additional taxes or tax benefit that the company would accrue using a normalized effective tax rate applied to the non-GAAP results.

c) amortization charges for purchased technology and other intangible assets resulting from the company's acquisition transactions;

Management adjusts for the excluded items because management believes that, in general, these items possess one or more of the following characteristics: their magnitude and timing is largely outside of the company's control; they are unrelated to the ongoing operation of the business in the ordinary course; they are unusual and the company does not expect them to occur in the ordinary course of business; or they are non-operational, or non-cash expenses involving stock option grants.

iPass believes that the presentation of these non-GAAP financial measures is warranted for several reasons:

1) Such non-GAAP financial measures provide an additional analytical tool for understanding the company's financial performance by excluding the impact of items which may obscure trends in the core operating performance of the business;

2) Since the company has historically reported non-GAAP results to the investment community, the company believes the inclusion of non-GAAP numbers provides consistency and enhances investors' ability to compare the company's performance across financial reporting periods;

3) These non-GAAP financial measures are employed by the company's management in its own evaluation of performance and are utilized in financial and operational decision making processes, such as budget planning and forecasting;

Set forth below are additional reasons why specific items are excluded from the company's non-GAAP financial measures:

a) While stock-based compensation calculated in accordance with FAS 123R constitutes an ongoing and recurring expense of the company, it is not an expense that typically requires or will require cash settlement by the company. The company therefore excludes these charges for purposes of evaluating core performance as well as with respect to evaluating any potential acquisition.

b) Restructuring charges are primarily related to severance costs and/or the disposition of excess facilities driven by modifications of business strategy. These costs are excluded because they are inherently variable in size, and are not specifically included in the company's annual operating plan and related budget due to the rapidly changing facts and circumstances typically associated with such modifications of business strategy;

c) Amortization charges for purchased technology and other intangible assets are excluded because they are inconsistent in amount and frequency and are significantly impacted by the timing and magnitude of the company's acquisition transactions. The company analyzes and measures the company's operating results without these charges when evaluating the company's core performance. Generally, the impact of these charges to the company's net income (loss) tends to diminish over time following an acquisition;

d) Valuation allowance for deferred tax assets is excluded because it is inconsistent in amount and frequency. iPass analyzes and measures operating results without this charge when evaluating core performance. The charge is not an expense that typically requires or will require cash settlement by the company;

e) Income tax expense (benefit) is adjusted in the non-GAAP tax-effected numbers by the amount of additional expense or benefit that the company would accrue if non-GAAP results were used instead of GAAP results in the calculation of tax liability, taking into consideration the company's long-term tax structure.

In the future, the company expects to continue reporting non-GAAP financial measures on a tax-effected basis excluding items described above and the company expects to continue to incur expenses similar to the non-GAAP adjustments described above. Accordingly, exclusion of these and other similar items in the company's non-GAAP presentation should not be construed as an inference that these costs are unusual, infrequent or non-recurring.

The company's stock option and stock purchase plans are important components of incentive compensation arrangements and will be reflected as expenses in the company's GAAP results for the foreseeable future under FAS 123R.

Amortization of intangibles, though not directly affecting iPass' current cash position, represents the loss in value as the technology in the company's industry evolves, is advanced or is replaced over time. The expense associated with this loss in value is not included in the non-GAAP net income (loss) presentation and therefore does not reflect the full economic effect of the ongoing cost of maintaining the company's current technological position in the company's competitive industry which is addressed through the company's research and development program.

Other companies, including other companies in iPass' industry, may calculate non-GAAP financial measures differently than the company, limiting their usefulness as a comparative measure.

The reconciliation between GAAP and non-GAAP operating income (loss) for the second quarter of 2008 is as follows (in thousands):

The reconciliation between GAAP and non-GAAP net income (loss) for the second quarter of 2008 on tax-effected basis is as follows (in thousands):

A reconciliation between GAAP and non-GAAP diluted net income (loss) per share for the second quarter of 2008 on a tax-effected basis is as follows:

Other non-GAAP financial measures set forth in the financial statements are reconciled following those statements.