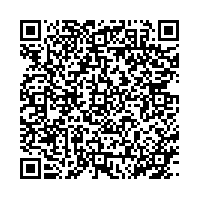 iPass Inc. Announces the Appointment of New President and CEO and a New Chairman of the Board

After review of strategic options, company to focus on stand-alone strategy

(PresseBox) ( REDWOOD SHORES, Calif., 08-11-04 )
iPass Inc. (Nasdaq: IPAS), a global provider of services that unify the management of enterprise mobility, today announced the hiring of Evan L. Kaplan as President and CEO, with Mr. Kaplan to assume that role in mid-November. The board further announced the election of John D. Beletic to serve as Chairman of the Board effective immediately.

Mr. Kaplan and Mr. Beletic are filling positions that Kenneth D. Denman has held since 2001. Mr. Denman is leaving the company to pursue other business opportunities.

Evan L. Kaplan, 49, was Founder, President, CEO and Chairman of Aventail Corporation, a pioneer in the Virtual Private Networking (VPN) equipment and services market and a long time strategic partner of iPass Inc. Evan brings 18 years of experience developing and delivering IP based communication services for enterprise customers and is the recipient of numerous industry awards including recognition as one of Network World's 50 most Powerful People in the Networking Industry and winner of Ernst and Young's Entrepreneur of the Year for Technology in the Pacific Northwest.

"I am delighted we were able to attract Evan to iPass" said Mr. Denman. "I worked closely with Evan over several years while he led Aventail, an important partner of iPass. I am convinced he has the skills and determination to drive iPass into its next phase of development."

"The board is excited about bringing Evan on board. His deep experience with the customer base, strong understanding of the market and a passion for our technology positions the company well to deliver on the promise of providing comprehensive cost effective broadband access for knowledge workers wherever they travel and work," said Beletic.

"Thanks to the great efforts by everyone on our team, we have accomplished our goals of setting iPass on the path toward sustainable profitability and global leadership. This is the perfect time for me to step aside and I am now looking forward to taking on new opportunities," said Mr. Denman.

John D. Beletic, 57, is a venture partner with Oak Investment Partners, is Chairman of FiberTower Inc and sits on the boards of Tessco Technologies and several private companies. He was previously Chairman and CEO of Tigon, PageMart Wireless and Weblink Wireless.

In June 2008, the board engaged an investment banking firm to help the board review the company's strategic alternatives. After consideration of alternatives, the board unanimously determined to continue to focus on a stand-alone strategy as it strives to maximize shareholder value.

The statement in this press release regarding iPass being on the path toward sustainable profitability and global leadership is a forward-looking statement. Actual results may differ materially from the expectations contained in this statement due to a number of risks and uncertainties, including: the rate of decline in use of narrowband/dial technology as a means of enterprise connectivity may be faster than iPass predicts; the risk that the current economic downturn and credit crunch will have a greater negative impact on iPass than it predicts; the risk that iPass will not be able to generate broadband revenues in the manner expected; rapidly emerging changes in the nature of markets served by iPass, which may not be compatible with iPass' services; increased competition, which may cause pricing pressure on the fees iPass charges; iPass could unexpectedly lose current integrated broadband access points if one or more current broadband access point providers perceive iPass' services to be competing with the provider's services in a manner that renders the relationship with iPass detrimental to the provider; iPass may not be able to establish additional relationships with broadband access point providers, including providers of 2.5G/3G Mobile Data, at the level iPass expects if it is unable to negotiate such relationships on terms acceptable to both iPass and the providers on the timeframe iPass currently expects for any number of reasons, including perceived competition with the providers; if bookings or sales are greater than iPass expects, then resulting sales commissions and/or other sales related expenses could cause iPass' non-stock compensation expenses in the fourth quarter to be greater than currently expected; and iPass may not be able to generate revenue from new services if market acceptance of those new services is not as iPass expects. In addition, given the recent decline in iPass' stock price, management reviewed the recoverability of iPass' goodwill balance and concluded an impairment charge was not required as of September 30, 2008. If iPass' common stock price continues to trade below book value per common share, iPass may have to recognize an impairment of all, or some portion of, its goodwill and other intangible assets in the near future. Detailed information about potential factors that could potentially affect iPass' business, financial condition and results of operations is included in iPass' Quarterly Report on Form 10-Q under the caption " Factors Affecting Operating Results" in Part I, Item 2 of that report, filed with the Securities and Exchange Commission (the "SEC") on August 11, 2008 and available at the SEC's Web site at www.sec.gov. iPass undertakes no responsibility to update the information in this press release if any forward-looking statement later turns out to be inaccurate.

iPass® is a registered trademark of iPass Inc.

Recommend iPass Inc. Announces the Appointment of New President and CEO and a New Chairman of the Board press release