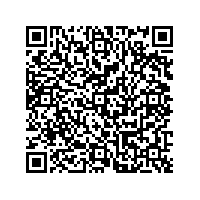 Under the partnership agreement with Cogeco Data Services, iPass has integrated One Zone-considered one of the largest, urban Wi-Fi networks in North America- into the iPass Global Broadband Roaming Network. The One Zone Wi-Fi network provides iPass customers with seamless, cost effective Internet access in the heart of Toronto's downtown business and entertainment district.
Significantly, the Toronto One Zone network was named "Best Overall Metro Wi-Fi Service" in a study conducted by analyst firm Novarum. The full survey can be found here.

"We're proud to operate one of the top urban Wi-Fi networks in North America, and we're pleased to extend the benefits of One Zone to iPass customers, who will appreciate its speed, performance and reach throughout Toronto," said Ian Collins, acting president, Cogeco Data Services.

As with all providers that join the iPass network, the One Zone Wi-Fi network has passed rigorous Enterprise-Ready certification testing, which helps to ensure security, reliability, performance and compatibility with enterprise systems.

"As one of the world's top financial centers, Toronto is an important business hub for many of our customers, who demand connectivity speed and performance while avoiding high roaming charges," said Piero DePaoli, senior director of global product marketing, iPass. "Using the iPass Mobile Office service helps businesspeople avoid high 3G international roaming charges on their 3G enabled laptop or smartphone when they travel to Canada."

Using iPass software and services, companies can provide their global workforce with the industry's broadest variety of remote and mobile access choices, complete with web-based management of connectivity and devices, and delivered through the easy-to-use iPassConnect(TM) mobility manager software. The iPass global virtual network covers more than 160 countries and includes 3G mobile broadband in the U.S., Europe and Asia, 120,000 Wi-Fi hotspot and Ethernet locations, fixed broadband and dial-up today, with the ability to add 4G technologies such as WiMAX and LTE in the future.

Cogeco Data Services is a data communications provider that supplies its business customers with the fast, reliable and secure ability to access, manage, move and store large amounts of data worldwide. The company's wholly-owned, redundant network is all-optical, and offers near limitless bandwidth with services that scale to meet the needs of some of Canada's largest public companies and public sector organizations. www.cogecodata.com

The Company's One Zone wireless service, rated the fastest Wi-Fi service in North America by Novarum Research, is a consumer service located within downtown Toronto. The network is designed to promote user mobility and is ideal for users who want Internet access on the go. www.onezone.ca

iPass® is a registered trademark of iPass Inc.