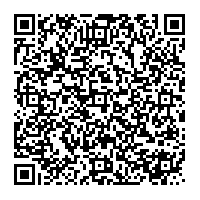 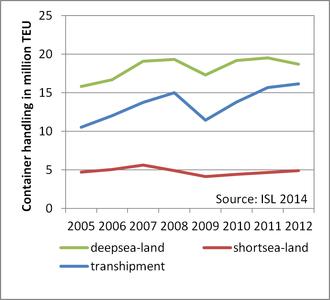 (PresseBox) ( Bremen, 14-06-13 )
Since ten years now, ISL has been working in close cooperation with leading freight forwarders and shipping companies in order to shed some light on the market shares of the North Range Ports in container hinterland and feeder traffic. By taking part, the companies contribute to improving the data base for decisions on infrastructure investment in the ports and their hinterland.

The Institute of Shipping Economics and Logistics (ISL) regularly analyses the structure of hinterland and feeder traffic of the North Range ports. Currently a survey of freight forwarders, shipping lines, transport companies, hinterland hubs and shippers is conducted. The survey's results are combined with available transport statistics to provide detailed insight into the container traffic flows between the North Range ports and their hinterland. During the past years, the "North European Container Traffic Model" has become the industry standard: customers include leading North Range ports like Hamburg, Antwerp and Bremen/Bremerhaven. The market observation helps the port authorities to aim their investments in infrastructure or make strategic decisions. The current survey will be running until July 15th 2014. More information about the survey and how to take part can be found at: www.nectm-survey.isl.org. The latest results are scheduled to be distributed among the survey participants in autumn.

In a long-term perspective, one can observe that transhipment traffic - first and foremost with the Baltic Sea region - has been the main driver of growth during the past years. Until 2007, the imports to continental Europe were also growing quickly, most notably due to the 'China boom' of the early 2000s. Since then, deepsea-land traffic was more or less stable at around 19 million TEU except for the crisis year 2009. Currently, growth is expected mainly in overseas exports. The intra-European shortsea-land traffic contributes around 5 million TEU per year to the North Range ports' container traffic, about half of which is traffic to and from the British Isles.

Looking at the development since the latest detailed hinterland survey that had been conducted for the base year 2011, the development of the export surplus - measured as the surplus outgoing full containers over incoming full containers - stands out as the most striking structural change. During the past decade, the export surplus continuously declined and was practically zero in 2011. Due to weak growth in Europe and accelerating activity in North America and Asia, the export surplus jumped to 8 % in 2012 and reached a long-term peak of 9 % in 2013. The regional import/export imbalances will hence be analysed in detail this year.

Despite the high relevance of the container hinterland traffic structure for the development of the port infrastructure, there are very little comparable and reliable transport statistics, especially when it comes to the regional distribution of truck traffic. For ten years now, the Institute of Shipping Economics and Logistics (ISL) is providing an independent answer to this and other questions with the help of the transport industry. The feedback of countless interviews, questionnaires and data-collections is embedded and incorporated in the "North European Container Traffic Model" (NECTM).

This NECTM has been developed in cooperation with the Port Authorities of Rotterdam and Hamburg and allows for a detailed portrait of the traffic demand of the individual hinterland and transhipment markets, as well as a unique and standardised insight into the market shares of the ports. Customers also include the ports of Antwerp and Bremen/Bremerhaven. Within Germany, the model distinguishes between federal states. France is divided into five regions, the Netherlands into two regions and Belgium into three regions. Additionally, it features all the European countries serviced by the ports of the Hamburg-Le Havre Range. More detailed regional structures are available on demand. Besides the regional distribution of hinterland traffic, which is analysed every second year, an annual survey among shortsea liner operators help to identify shortsea-land and feeder traffic by corresponding European countries. The data serves as an improved input to the decision-making processes of the various port authorities in Europe.

The ISL - Institute of Shipping Economics and Logistics was founded in Bremen in 1954 and is one of Europe's leading institutes in the area of maritime research, consulting and knowledge transfer today. Our employees in Bremen and Bremerhaven handle projects from all over the world in the fields of logistics systems, maritime economics and transport as well as information logistics and turn innovative ideas into solutions with practical applicability.