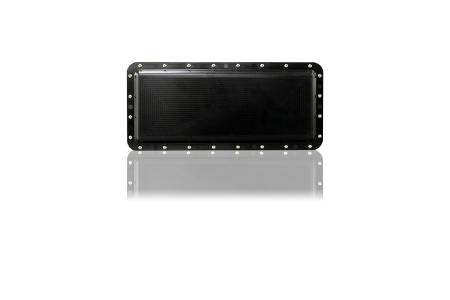 (PresseBox) ( Donnersdorf, Germany, 19-11-08 )
InnoSenT GmbH presents a new product for the transport sector: the iSYS-5220 system for radar-based monitoring of complex intersections. The aim of the development was to achieve technological superiority on the one hand and user-friendliness on the other. The result is outstanding data quality that forms the basis for the system’s top performance and, at the same time, enables easy set-up.

The iSYS-5220 boasts state-of-the-art sensor technology for intersection management from InnoSenT. The company has equipped the radar system with many antennas and thus achieved a high angular resolution. The individual objects are distinguished in terms of speed, distance, and angle.

In this way, the company has significantly improved the accuracy of object differentiation and locating. This represents a clear advantage for using the system with dense or heavy traffic or at tight intersections. Tracking vehicles in curves is not a problem either – and with no need to define traffic lanes in advance.

As an FMCW radar, the new product detects objects standing in place with precision. This is an important feature in order to detect vehicles waiting at the stop bar. Using the tracking function, a movement history of the individual road users can be mapped.

In order to rapidly deploy the advanced technology, InnoSenT focussed on user-friendliness in developing the product. The simplified commissioning as well as effortless configuration and handling offer users an important added value.

The system has a comprehensive hardware and software package for ‘plug & play’ radar integration. It is finished being set up in just a few clicks. A heat map showing the traffic detected provides additional support during the initial set-up.

Users can quickly and easily adjust the heat map settings as desired in the available InnoSenT GUI. Various filter functions or selection options enable only the data to be displayed that are relevant for the specific application case.

For this purpose, users can set ‘event zones’ in the GUI, among other things. This way, they define for which areas of the street they would like to receive messages about events. For example, users define where exactly vehicles are to be counted or stop bar detection carried out.

With its system, InnoSenT is not targeting end users, but rather integrators and providers of traffic light control products who wish to enhance the value of their existing systems by supplementing their portfolio with radar solutions.

Therefore, InnoSenT also offers its customers the possibility of integrating their own GUI via a defined interface. It is also up to the customers to decide on the unit for data transfer to the traffic light control system, and this can be custom-designed. The extensive configuration options allow the user leeway for adaptation to local conditions and customer needs.

The wide aperture angle of the iSYS-5220 also enables flexible installation on site. The system may be positioned, for example, on existing road equipment (such as a light or traffic sign system), which may vary depending on local conditions. The system does not restrict users in selecting their positioning of choice, thanks to the large coverage range.

The radar sensor always looks towards the oncoming traffic – one system is positioned at each oncoming lane of the intersection for this purpose. While large intersections require four systems for ideal traffic monitoring, smaller forks get by with just two thanks to the wide aperture angle.

Regular maintenance work is not necessary, as the technology works even under extreme conditions. Dirt, dust, heat, cold, darkness, or weather phenomena such as sandstorms do not impede radar’s functionality.

The radar system tracks the detected objects and categorises them into the four different classes (truck, van, car, non-motorised) as well as lanes. It delivers all relevant data about road users, such as their speed, position, direction of movement, and distance, in real time.

In addition, it boasts such features as stop bar detection, vehicle counting, detection of the waiting queue length, vehicles driving the wrong way, and people at crosswalks. This makes it possible to anonymously map the current traffic situation and the behaviour of the road users present.

She also describes how radar detection can help to improve the traffic situation in urban areas: ‘The iSYS-5220 system provides users with a variety of information required for efficient traffic management. If necessary, it can also be used for more complex applications and, especially, for optimising traffic concepts.’

Further information about the product and its application options is available on the company website.

InnoSenT GmbH from Donnersdorf was founded in 1999 and is one of the world's leading companies in the field of radar technology. As a manufacturer and developer, the company supplies the full bandwidth of engineering services - from customer-specific development to series production. Thanks to the strong focus on quality and innovation, InnoSenT GmbH has been following a course to global success for many years.

More information can be found at www.InnoSenT.de