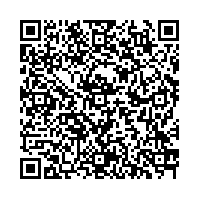 The net proceeds of the Bond offering will enable Ingenico Group to take advantage of current attractive market conditions to diversify its sources of funding, extend its debt maturity and finance growth.

The Bonds' nominal value will represent an issue premium of 40% to 50% above Ingenico Group's reference share price[1].

The Bonds will entitle their holders to receive new and/or existing Ingenico Group shares at a ratio of one share per one Bond, subject to any potential subsequent adjustments. The Bonds may be redeemed prior to maturity at the option of the Company, under certain conditions.

In the context of the offering, the Company will agree to a lock-up undertaking of 90 days, subject to certain exceptions.

The Bonds' final terms are expected to be determined on 23 June 2015.

The Bonds will be offered only by way of a private placement, as per the authorization granted by the Company's extraordinary general meeting held on 6 May 2015 (12th resolution), in France and outside France (excluding the United States of America, Canada, Australia or Japan) to persons referred to in Article L. 411-2-II of the French monetary and financial code (Code monétaire et financier).

An application for the listing of the Bonds on the Open Market (Marché Libre) of Euronext in Paris will be made. Such listing is expected on 26 June 2015.

The offering of the Bonds is not subject to a prospectus approved by the French Financial Market Authority (Autorité des marchés financiers) (the « AMF »). Detailed information on Ingenico Group, including its business, results, prospects and related risk factors are described in the Company's reference document filed with the AMF on 20 March 2015 under number D.15-0183, which is available together with all the press releases and other regulated information about the Company, on Ingenico Group's website (www.ingenico.com).

This press release does not constitute or form part of any offer or solicitation to purchase or subscribe for or to sell securities and the offering of the Bonds is not an offer to the public in any jurisdiction, including France.

[1] The reference share price will be equal to the volume-weighted average price of the Company's shares recorded on the regulated market of Euronext in Paris from the opening of trading on 23 June 2015 until the determination of the final terms and conditions of the Bonds.

Ingenico Group (Euronext: FR0000125346 - ING) is the global leader in seamless payment, providing smart, trusted and secure solutions to empower commerce across all channels, in-store, online and mobile. With the world's largest payment acceptance network, we deliver secure payment solutions with a local, national and international scope. We are the trusted world-class partner for financial institutions and retailers, from small merchants to several of the world's best known global brands. Our solutions enable merchants to simplify payment and deliver their brand promise. www.ingenico.com twitter.com/ingenico