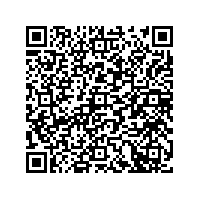 Imperva monitored and categorized attacks across the internet targeting 40 different applications. The WAAR outlines the frequency, type and geography of origin of each attack to help security professionals better prioritize vulnerability remediation.

"Business logic attacks are attractive for hackers since they follow a legitimate flow of interaction of a user with the application," said Amichai Shulman, Imperva's CTO. "This interaction is guided by an understanding of how specific sequences of operations affect the application's functionality. Therefore, the abuser can lead the application to reveal private information for harvesting, skew information shared with other users and much more - often bypassing security controls."

- Automated application attacks continue. In the six month period from June - November 2011, the observed web applications suffered attacks in the range of 130,000 to 385,000 per month. At its peak, the application set was under attack at a rate of nearly 38,000 per hour or ten per second.

- The geographic origin of Business Logic attacks were:

- Email extraction was dominated by hosts based in African countries.

- An unusual portion of the Comment-spamming activity was observed from eastern-European countries.

Imperva is a pioneer and leader of a new category of data security solutions for high-value business data in the data center. With more than 1,500 end-user customers and thousands of organizations protected through cloud-based deployments, Imperva's customers include leading enterprises, government organizations, and managed service providers who rely on Imperva to prevent sensitive data theft from hackers and insiders. The award-winning Imperva SecureSphere identifies and secures high-value data across file systems, web applications and databases. For more information, visit www.imperva.com, follow us on Twitter or visit our blog.