Torsten Wiesinger Appointed to IDS's Board of Directors 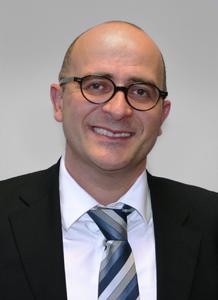 (PresseBox) ( Obersulm, 10-02-26 )
The German machine vision specialist IDS Imaging Development Systems GmbH has appointed Torsten Wiesinger to its Board of Directors. Previously Head of Sales for Europe at IDS, the IT sales specialist now heads up the company's entire sales and marketing operations.

Torsten Wiesinger joined company founders Jürgen Hartmann and Armin Vogt on the Board of Directors at IDS on February 1, 2010. A graduate in business administration, he has over 15 years track record in IT sales. His career at IDS started seven years ago as a sales representative. In his most recent position as Head of Sales for Europe, he was a major driving force behind the continued growth in the company's international operations.

IDS Imaging Development Systems GmbH was founded as a “two-man firm” in 1997. The company's story of success started out with the development and distribution of frame grabbers. In 2004, IDS launched its first industrial camera under the brand name uEye. Today several tens of thousands of USB or GigE based uEye cameras are in use worldwide in the industrial, scientific, medical and digital security industries. IDS Imaging cameras are well-known for their price/performance advantages, superior software support and flexibility.

Headquartered in Obersulm, Germany, IDS is today a leading manufacturer of USB and Gigabit Ethernet industrial cameras and employs over 70 staff in the development, production, sales, marketing and support departments. Internationally the company is represented by its subsidiary in the USA and through its network of distributors in almost all European and Asian countries.

Preview: Product innovations from IDS on display at VISION 2021

IDS with above-average sales growth in the first half-year