From the frame grabber to the industrial camera with USB 3.1 interface

Successful on the vision market for two decades 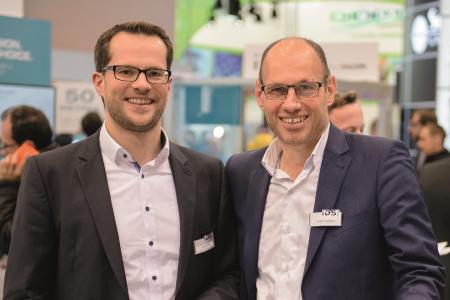 (PresseBox) ( Obersulm, 17-04-27 )
2017 is a special year for the industrial camera manufacturer IDS. Jürgen Hartmann founded the company in 1997, together with his business partner at the time, Armin Vogt. They are two men with one vision and one success story: This year, IDS celebrates its 20th anniversary and now has 220 employees who work mainly at the German headquarters in Obersulm, but also internationally in three subsidiaries and three offices.

The first product, which was launched 20 years ago, was the FALCON frame grabber PC card. Today, the company sells around 150,000 industrial cameras every year with USB 2.0, USB 3.0, USB 3.1, and GigE connections and has become one of the largest manufacturers and market leader in the industry.

Following a record year in 2016, the current figures for the 1st quarter of 2017 exceed all expectations with a 17% increase in sales compared to the same period last year and a rise of 25% in incoming orders.

This success is based on courage and the ability to change. This does not just refer to changing from the analog frame grabber to the digital industrial camera, but also to the pioneering achievements in the use of the USB interface or the early decision in favor of CMOS sensors. "Above all, we owe this success to our partners and customers. Their suggestions and wishes are what motivate us to develop new products", explains Jürgen Hartmann, who considers this to be an important factor in the company's growth. "This is especially true in this anniversary year, more than ever before, because the digitalization of production and Industry 4.0 are creating more and more new opportunities. We are working flat out on specific ideas for the next step towards smart machine vision!"

Recommend From the frame grabber to the industrial camera with USB 3.1 interface press release