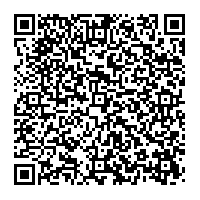 Worldwide Server Market Revenues Grow a Robust 17.2% in the First Quarter Accompanied by Healthy Shipment Growth, According to IDC

Subscribe to news
(PresseBox) ( Framingham, Mass., 15-05-28 )
According to the International Data Corporation (IDC) Worldwide Quarterly Server Tracker, factory revenue in the worldwide server market increased 17.2% year over year to $12.8 billion in the first quarter of 2015 (1Q15), the fourth consecutive quarter of year-over-year growth. This quarter revenue grew in all form factors, including rack-optimized, blade, density-optimized, and tower. Worldwide server shipments totaled 2.3 million units in 1Q15, an increase of 8.4% when compared with the first quarter of 2014.

On a year-over-year basis, volume system revenue increased 13.6% and midrange system demand increased 7.2% in 1Q15 to $9.7 billion and $1.0 billion, respectively. The volume segment was aided by a continued expansion of x86-based hyper-scale server infrastructures while midrange systems were helped by enterprise investment in scalable systems for virtualization and consolidation. Meanwhile, 1Q15 demand for high-end systems experienced a year-over-year revenue increase of 44.7% to $2.1 billion, bolstered by IBM's z13 refresh.

"We continue to see a market profile that is increasingly driven by new compute deployment scenarios, often in hyperscale datacenters. These customers tend to buy in large contracts, creating considerable variability within any given quarter, with this variability usually associated with density-optimized server products," said Al Gillen, Program Vice President, Servers and System Software at IDC. "Shipments of density-optimized servers tend to land in a given region in a given quarter, and either in a different region, or not at all, in the subsequent quarter. This leads to a relatively unpredictable profile. This was true in the first quarter of 2015, where we saw density-optimized server shipment growth of 26.1% and revenue growth of 51.6%. This growth follows the previous quarter where density-optimized shipments and revenues were both in significant decline on a year-over-year basis. More traditional form factors typically have far more stable growth profiles."

Dell showed year-over-year growth of 12.6% and its $2.3 billion of revenue placed the company in the number 2 position with 18% market share this quarter. Dell also benefited from revenue growth in density-optimized and rack-optimized products. Dell's density-optimized revenue was the largest of any of the top 5 vendors.

IBM retained its number 3 position following its x86 divestiture with $1.7 billion in revenue and 13.2% market share. IBM's revenues are now associated with its POWER and mainframe product lines.

Lenovo and Cisco finished the quarter in a statistical tie* for the number 4 position. Lenovo captured 7.5% worldwide market share with $966 million in 1Q15 revenues. Cisco was close behind with $890 million in revenue and 6.9% revenue market share. Cisco's year-over-year growth of 44.4% was well above average for the industry, and suggests the company is not done capturing incremental market share in the server market. Cisco's blade business also continued to grow well, with Cisco producing more blade revenue than any other single company besides HP in 1Q15.

"As the market continued to focus on healthy hyperscale datacenter growth, non-x86 servers, in particular high-end mainframes, had significant growth this quarter on the back of IBM's z13 refresh," said Kuba Stolarski, Research Manager, Enterprise Servers at IDC. "While IDC does not expect high-end non-x86 sales to continue to grow at such high rates, this quarter does illustrate that there is still significant demand for high-end systems. Even as high-end systems are increasingly being deployed on x86 platforms, opportunities for long-term non-x86 growth still exist with OpenPower and ARM, as customers are looking for non-x86 alternatives to hyperscale problems. Some of that transformation is likely to occur in the greenfield opportunities related to Internet of Things (IoT) solutions, while optimizing hardware and software for hyperscale datacenter workloads continues to be a driver of design innovation and supply chain diversification."