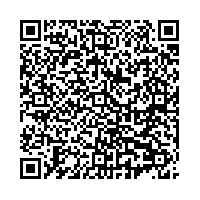 "The external disk storage system market continues to grow on a stable trajectory with factory revenues approaching $6 billion for the first time in the second quarter," said Liz Conner, senior research analyst, Storage Systems. "Despite concerns regarding the global and regional economies, end users continue to invest in storage infrastructures. Helping to drive the worldwide market in Q2 was the double-digit growth in the emerging regions and strong demand for mid-range storage."

EMC maintained its lead in the external disk storage systems market with 30.4% revenue share in the second quarter, followed by IBM and NetApp in a statistical tie* for second with 12.9% and 12.1% market share, respectively. HP captured the number four position with 10.7% share. Hitachi and Dell rounded out the top 5 in statistical tie* for fifth with 8.1% and 7.8% market shares, respectively.

The NAS market increased 2.5% year over year, led by EMC with 45.7% revenue share and followed by NetApp with 32.0% share. The iSCSI SAN market continues to show good growth, posting 5.9% revenue growth compared to the prior year's quarter. Dell led the market with 28.3% revenue share, followed by EMC in second with 20.4% market share. HP and NetApp finished the quarter in a statistical tie* for third with 12.6% and 12.1% market shares, respectively.

"The mid-range storage class (ASP $25k-$249.99k) grew faster than any other class at 12.2% year-over-year growth in the second quarter," said Amita Potnis, senior research analyst, Storage Systems. "At 48.2% share of total worldwide external revenue in 2Q12, IDC expects that the mid-range storage class will soon cross the 50% revenue share milestone. IDC believes that this class will be the fastest growing class as vendors bring to market modular systems offering enterprise-level functionality such as compression, tiering, and data de-duplication at greater affordability."

- * IDC declares a statistical tie in the worldwide disk storage market when there is less than one percent difference in the factory revenues of two or more vendors.

In the total worldwide disk storage systems market, EMC finished in the top position followed by HP with market shares of 22.6% and 19.3% respectively.

- * IDC declares a statistical tie in the worldwide disk storage market when there is less than one percent difference in the factory revenues of two or more vendors.

IDC defines a Disk Storage System as a set of storage elements, including controllers, cables, and (in some instances) host bus adapters, associated with three or more disks. A system may be located outside of or within a server cabinet and the average cost of the disk storage systems does not include infrastructure storage hardware (i.e. switches) and non-bundled storage software.

The information in this quantitative study is based on a branded view of the disk storage systems sale. Revenue associated with the products to the end user is attributed to the seller (brand) of the product, not the manufacturer. Original equipment manufacturer (OEM) sales are not included in this study. In this study, Hitachi Data Systems (HDS) sales do not reflect their OEM sales to Sun Microsystems and Hewlett-Packard.

IDC's Worldwide Quarterly Disk Storage Systems Tracker is a quantitative tool for analyzing the global disk storage market on a quarterly basis. The Tracker includes quarterly shipments and revenues (both customer and factory), Terabytes, $/Gigabyte, Gigabyte/Unit, and Average Selling Value. Each criteria can be segmented by location, installation base, operating system, vendor, family, model, and region.

IDC is the premier global provider of market intelligence, advisory services, and events for the information technology, telecommunications, and consumer technology markets. IDC helps IT professionals, business executives, and the investment community to make fact-based decisions on technology purchases and business strategy. More than 1,000 IDC analysts provide global, regional, and local expertise on technology and industry opportunities and trends in over 110 countries. For more than 48 years, IDC has provided strategic insights to help our clients achieve their key business objectives. IDC is a subsidiary of IDG, the world's leading technology media, research, and events company. You can learn more about IDC by visiting www.idc.com