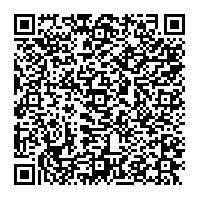 Worldwide Cloud IT Infrastructure Market Grows by 25.1% in the First Quarter on Growing Demand for Public and Private Cloud IT Services, According to IDC

(PresseBox) ( Framingham, Mass., 15-07-03 )
According to the International Data Corporation (IDC) Worldwide Quarterly Cloud IT Infrastructure Tracker, vendor revenue from sales of infrastructure products (server, storage, and Ethernet switch) for cloud IT, including public and private cloud, grew by 25.1% year over year to nearly $6.3 billion in the first quarter of 2015 (1Q15). This was the second highest growth in the five quarters in which IDC has tracked year-over-year revenue and the second largest in terms of total spending in nine quarters of tracking.

"Cloud IT infrastructure growth continues to outpace the growth of the overall IT infrastructure market, driven by the transition of workloads onto cloud-based platforms," said Kuba Stolarski, Research Manager, Server, Virtualization and Workload Research at IDC. "Both private and public cloud infrastructures have been growing at a similar pace, suggesting that customers are open to a broad array of hybrid deployment scenarios as they modernize their IT for the 3rd Platform, begin to deploy next-gen software solutions, and embrace modern management processes that enable agile, flexible, and extensible cloud platforms."

At the regional level, vendor revenues from cloud IT infrastructure sales declined only in Central and Eastern Europe, which is experiencing political and economic turmoil that impacts overall IT spending. In all other regions year-over-year growth in IT infrastructure sales for public and private cloud remained strong and even accelerated compared to growth rates in the previous quarter.

* IDC declares a statistical tie in the worldwide cloud IT infrastructure market when there is less than one percent difference in the factory revenue share of two or more vendors.
† IBM's divestiture of its x86 business to Lenovo on October 1, 2014 has a highly positive impact on year-over-year comparisons for Lenovo for 1Q15.

IDC's Worldwide Quarterly Cloud IT Infrastructure Tracker is designed to provide clients with a better understanding of what portion of the server, disk storage systems, and networking hardware markets are being deployed in cloud environments. This Tracker will break out vendors' revenue by the hardware technology market into public and private cloud environments for historical data and also provide a five-year forecast by the technology market.

IDC defines cloud services more formally through a checklist of key attributes that an offering must manifest to end users of the service. Public cloud services are shared among unrelated enterprises and consumers; open to a largely unrestricted universe of potential users; and designed for a market, not a single enterprise. The public cloud market includes variety of services designed to extend or, in some cases, replace IT infrastructure deployed in corporate datacenters. It also includes content services delivered by a group of suppliers IDC calls Value Added Content Providers (VACP). Private cloud services are shared within a single enterprise or an extended enterprise with restrictions on access and level of resource dedication and defined/controlled by the enterprise (and beyond the control available in public cloud offerings); can be onsite or offsite; and can be managed by a third-party or in-house staff. In private cloud that is managed by in-house staff, "vendors (cloud service providers)" are equivalent to the IT departments/shared service departments within enterprises/groups. In this utilization model, where standardized services are jointly used within the enterprise/group, business departments, offices, and employees are the "service users."

Recommend Worldwide Cloud IT Infrastructure Market Grows by 25.1% in the First Quarter on Growing Demand for Public and Private Cloud IT Services, According to IDC press release