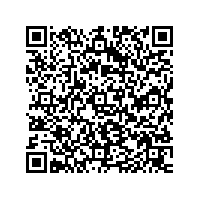 The Impact of Hard Disk Shortages on Enterprise Products

The 2011 floods in Thailand inflicted severe damage on the country's hard disk drive (HDD) manufacturing sector. IDC estimates that Thailand accounted for about 40% of worldwide HDD production in the first half of 2011, and flooding directly disrupted about 25% or more of worldwide production by the fourth quarter. IDC sees PC supply as being the most impacted.

The impact on enterprise server and storage products is limited, for three key reasons. Firstly, traditional enterprise (non-PC) disks represented only 7%-8% of global output in the third quarter, allowing quick resolution of shortages. Enterprise HDDs carry higher margins, so restoring their supply is first priority for manufacturers. Secondly, the enterprise HDD market is dominated by Seagate and Hitachi GST, which were only indirectly impacted by the floods. Thirdly, the large OEM customers (Dell, Fujitsu, HP, and IBM) have vast negotiating power and most worked hard and quickly to lock in HDD supplies after the crisis exploded.

1) Check with your supplier about availability, but don't panic. Hardware suppliers are expected to pay more for HDDs and put up with longer deliveries, and some of these effects will be passed to enterprises, but we are unlikely to see real shortages.

2) Keep an eye on prices. Prices of server and storage products might show increases to make up for higher HDD costs. In high-value server and storage systems priced at €10,000 or above, price increase should not exceed low single digit and might be barely noticeable, but IDC recommends that enterprises now compare prices and availability across a wider range of channel resellers and suppliers, in case of price increases.

3) Review purchasing decisions that involve ultra-low end systems. Low-end systems addressing the SoHo and micro business segments are often configured with consumer-grade HDDs and could see some more disruption into 1H12. Pricing will also be impacted more than higher-end systems. IDC estimates that storage accounts for 10% to 20% of the overall system price in single socket towers, and half or more of system price in mini-tower products. The same general logic applies to mini NAS boxes.