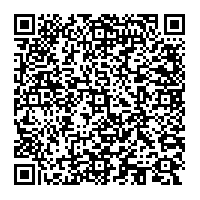 Subscribe to news
(PresseBox) ( London, 15-09-08 )
The latest EMEA Server Tracker from International Data Corporation (IDC) shows that in the second quarter of 2015 the EMEA server market saw an end to the continued growth of the last four quarters, with vendor revenue at $3.1 billion and 525,059 units shipped — a year-on-year decline of 2.5% and 4.5% respectively.

The EMEA server market in 2Q15 continued to show strength on the revenue side in the face of a challenging economic situation. This stability has been a balancing act, with price inelasticity toward richer server configurations and increased average selling prices (ASPs) implemented by large x86 server vendors in local currency (euro or other) as a means of maintaining dollar profitability. IDC predicts that these ASP increases could start to affect value propositions and demand toward the end of 2015 if vendors can't justify the increased prices with additional functionality and performance. This balancing act has had a bigger impact on the EMEA market in euros terms, as 2Q15 reported very strong YoY revenue growth of 21% in euros.

2Q15 saw the non-x86 market report $569.4 million, for an 8.4% YoY vendor revenue decline — a less negative growth rate than in previous quarters. This was driven by stronger CISC mainframe spending, with 9.2% YoY vendor revenue growth. RISC and EPIC systems continued to be negative in EMEA in 2Q15, at -20.1% and -28% YoY respectively.

"The noticeable growth in mainframes can be attributed to two key factors," said Giorgio Nebuloni, associate research director, European Infrastructure, at IDC. "The first is the cyclical refresh of installed base with the latest IBM System z13 systems, which were made available at the beginning of 2015. The second is the use of Linux as a bridge to expand mainframe use in existing accounts in adjacent areas, with either consolidation initiatives or Big Data projects. Due to the cyclical pace of refreshes, we remain cautious on non-x86 system spending for the second half of 2015."

"On the x86 side, several HPC projects mainly by universities and meteorology institutes contributed to larger volumes that helped avoid a greater overall decline in shipments," said Andreas Olah, senior research analyst, European Infrastructure, at IDC. "ODMs are continuing to gain wider traction with double-digit growth rates, driven primarily by large service providers but also increasingly by inroads into other sectors such as telcos. While blades remain popular for higher-end machines, standard x86 rack servers are the only form factor that managed to grow year on year in unit terms this quarter in Western Europe."

"The flat performance of the Western European market in dollar terms in 2Q15 — a decline of 0.3% YoY — was mainly driven by the strengthening of the dollar against European currencies," said Eckhardt Fischer, research analyst, European Infrastructure, at IDC. "Some of the larger countries such as France saw increased levels of competition between bigger vendors in 2Q15, driven mainly by a greater focus on the service provider market."

Central and Eastern Europe, the Middle East, and Africa (CEMA) server revenue recorded a year-over-year decline of 10.1% to $654.46 million in the second quarter of 2015.

"The Central and Eastern Europe [CEE] subregion declined 22.8% year over year," said Jiri Helebrand, research manager, IDC CEMA. "Impacted by ongoing weakness in the Russian market, revenue was $272.02 million, which was in line with initial projections. The Czech Republic was the top performer in 2Q15, benefitting from HPC project delivery. The Middle East and Africa [MEA] subregion grew 1.9% year over year in revenue to $382.44 million, performing better than forecast. While the business activity was traditionally lower during 2Q in many Middle Eastern countries, a number of sizable deals in South Africa and Turkey helped to increase server sales."