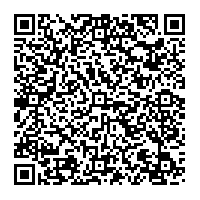 Subscribe to news
(PresseBox) ( London, 08-09-24 )
According to IDC's Western European Quarterly Security Appliance Tracker, 2Q08 revenues for the Western European security appliance market reached $373.14 million in factory revenue, a 19.9% increase over the same quarter a year ago. However, shipments decreased by 3.2% over 2Q07 with 143,969 units shipped.

"This last quarter, the security appliance market in Western Europe reached its highest ever result in terms of factory revenue due to the exceptional results of high-end appliances," said Romain Fouchereau, research analyst at IDC. "Demand for newer, high-speed, high-end security appliances was strong in the large sectors such as banking and telco, as well as in the public sector."

The firewall/VPN (FW/VPN) market was valued at $106.57 million in 2Q08, a 24.8% increase over 2Q07. The FW/VPN market is maturing in Western Europe and had only seen slow growth in the last few quarters. However, 2Q08 saw very strong growth, which mostly came from the higher-end firewalls. Lower-end firewall appliances did not perform so well because customers prefer to deploy unified threat management (UTM) appliances rather than dedicated FW/VPN. Furthermore, vendors are increasingly moving away from offering traditional FW/VPN appliances and are offering UTM solutions instead. Cisco remained the number 1 vendor in the segment, followed by Juniper Networks, with Nokia in third place.

UTM was the largest market of the tracked security appliances, with total revenue of $113.13 million in the last quarter, corresponding to 14.6% growth over 2Q07. UTM appliances are proving very popular in Western Europe, and IDC believes that they have a role to play in organizations of all sizes. However, it is important to note that, as security requirements vary between business sizes, so will the role of UTM appliances and the way in which they are deployed. Just like the FW/VPN market, the strong results of high-end appliances carried the overall revenue of the total UTM market. Fortinet was the market leader, followed by Cisco, while Watchguard was in third place.

IDS appliances revenue reached $6.61 million in 2Q08, a 33.7% decrease over 2Q07. This market is no longer growing due to the shift towards IPS solutions. IPS grew 31.7% over 2Q07, representing an $85.36 million market. IPS growth is driven by compliance, and particularly PCI in Europe, and IDC believes that, with more and more compliance issues coming to Europe, IPS solutions will continue to increase. Cisco was market leader in both the IDS and IPS markets, while IBM-ISS and TippingPoint were in second and third place respectively for IPS.

Content management appliance revenue grew by 17.3% year on year, reaching $61.48 million in 2Q08. The messaging security and Web security segments of SCM are following the same evolution as the threat management market, from software to appliance form factor. Given that security appliances can lower costs, ease administrative overheads, facilitate management, consolidate support, scale efficiently, and integrate multiple security technologies into a single platform, their success is not surprising in the SCM market. IronPort remained the number 1 vendor in the content management appliance segment and the messaging security subcategory. Secure Computing led the Web security appliance submarket, while McAfee dominates the Web and messaging subcategory.

IDC is the premier global provider of market intelligence, advisory services, and events for the information technology, telecommunications, and consumer technology markets. IDC helps IT professionals, business executives, and the investment community make fact-based decisions on technology purchases and business strategy. More than 1000 IDC analysts provide global, regional, and local expertise on technology and industry opportunities and trends in over 110 countries worldwide. For more than 45 years, IDC has provided strategic insights to help our clients achieve their key business objectives. IDC is a subsidiary of IDG, the world's leading technology media, research, and events company. You can learn more about IDC by visiting www.idc.com.