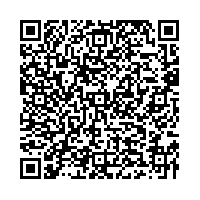 PC Outlook Remains Subdued Despite Some Gains In Mature Markets, According to IDC

Subscribe to news
(PresseBox) ( Framingham, Mass., 14-06-04 )
Worldwide PC shipments are expected to fall -6.0% in 2014, a slight adjustment from the previous forecast of -6.1%, according to the International Data Corporation (IDC) Worldwide Quarterly PC Tracker. Mature regions benefitted primarily from a recovery surge in Western Europe while other mature regions performed modestly above expectations in the first quarter of 2014 (1Q14). Emerging regions continued to see weak demand and difficult conditions, although the economic environment in Latin America had the largest impact. The impact to emerging regions - a cornerstone of long-term market stability - outweighed the short-term boost seen in mature regions. As a result, longer-term growth was lowered slightly (by less than a percent for 2015-2017), with 2015 at -1.6% year on year with subsequent years still between 0 and -1% growth.

Positive factors for the PC market include slowing tablet demand and steadying economic indicators that are contributing to more stable PC shipments in mature markets. The Windows XP replacement activity that boosted shipments in the past several quarters is also expected to remain a positive factor for a few more quarters. This relative improvement in the outlook will enable the United States to further its lead in PC shipments over China and keep the mantle as the biggest PC market globally through 2017.

Despite the pockets of opportunity, weakening growth in emerging regions and continuing pressure from other devices - primarily smartphones and tablets - continue to push down the long-term outlook. Consumer interest in PCs remains constrained and price-sensitive, as evidenced by overall market declines and still modest ultraslim notebook results, even as Chromebook vendors and channels expand and boost volume in this low-end segment. The competitive environment is also evidenced in the sale of Sony's PC division, and Samsung refocusing its PC operations. IDC expects further market restructuring and consolidation going forward as vendors review limited PC growth and look at broader mobility and computing trends.

"PC shipments are currently benefitting from a lull in tablet demand due to rising tablet penetration in mature regions and competitive pressure on smaller tablets from large-size smartphones (sometimes referred to as Phablets)," said Loren Loverde, Vice President, Worldwide PC Trackers. "However, the transition toward mobile and cloud-based computing is unstoppable. PCs continue a slow transition toward touch and slim designs, even as tablet volume is expected to pass total PC volume in the fourth quarter of 2014 and on an annual basis in 2016. To return to growth, the PC industry is going to need to accelerate the shift to lower-cost, thin, and touch-based designs, despite the challenges it has faced with these designs in the past."

"2014 represents an important shift for the PC market in emerging regions," said Jay Chou, Senior Research Analyst, Worldwide PC Trackers. "Shipments in these parts of the world are expected to contract in double digits (nearly 20 million units fewer) compared to 2013. Political and economic instability in many of these markets are key factors affecting short-term intake, but a fundamental shift toward computing across the device spectrum represents a broader transition. IDC still expects refresh projects and continued growth in underserved areas to bring modest growth in emerging markets by 2016, but the overall volume has been further curtailed to less than 165 million units per year through the forecast horizon."


IDC's Worldwide Quarterly PC Tracker gathers PC market data in more than 80 countries by vendor, form factor, brand, processor brand and speed, sales channel and user segment. The research includes historical and forecast trend analysis as well as price band and installed base data. For more information, or to subscribe to the research, please contact Kathy Nagamine at 650-350-6423 or knagamine@idc.com.

Recommend PC Outlook Remains Subdued Despite Some Gains In Mature Markets, According to IDC press release