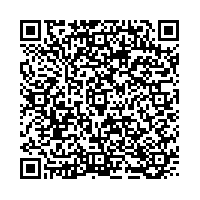 Subscribe to news
(PresseBox) ( Framingham, Mass., 12-01-12 )
Worldwide PC shipments totaled 92.7 million in the fourth quarter of 2011 (4Q11), down 0.2% compared to the same quarter in 2010, according to the International Data Corporation (IDC) Worldwide Quarterly PC Tracker. As expected, shortages of hard disk drives (HDDs) added to challenges from slow economic conditions and competition from other consumer electronics, including media tablets, eReaders and mobile phones. The 4Q11 results reflected a year-on-year decline of 0.2% for the quarter and growth of 1.6% for the full year. This was in-line with IDC projections of a 0.6% decline for the fourth quarter and 1.5% growth for all of 2011.

Despite the supply chain constraints wrought by the flooding in Thailand, most regions slightly exceeded forecast, and most Tier 1 PC vendors had access to sufficient HDD supply, though smaller PC vendors and retail channels experienced drive shortages.

"Europe and Asia/Pacfic came in a little stronger than expected, reflecting improvement in key markets and the strength of underlying demand in emerging regions," said Loren Loverde, vice president, Worldwide Consumer Device Trackers at IDC. "However, the industry still needs to work through some key hurdles in 2012, including recovery of HDD supply, the launch of Windows 8, and successful evolution of PC design to become still more mobile. Despite the challenges, the industry appears to be on the right path, and will be poised for substantial double-digit growth after working through these issues in 2012."

"In the United States, market saturation and the economic environment continue to weigh considerably on consumer demand. However, the market is awaiting new products and technologies, promising a new refresh cycle starting in 3Q12 and beyond with a return to positive growth in the mid-term," said David Daoud, research director, Personal Computing at IDC.

IDC expects the market to slow further in the first quarter of 2012 as the full impact of the HDD shortage is felt, and then recover to greater than 15% growth in the fourth quarter. Annual 2012 shipments are currently projected at 371 million, an increase of 5.4%, followed by growth in high teens during the first half of 2013 and annual growth over 11%.

United States - The U.S. market had its second worst year in history in 2011, dropping nearly 5% from 2010. Although not as severe as the 11.7% contraction following the Y2K buildup and subsequent tech crisis of 2001, 2011 was particularly affected by HDD supply constraints, weak demand, and a difficult competitive landscape. The fourth quarter's HDD supply shortage has had a notable effect on fourth quarter shipments.

EMEA - The EMEA PC market continued to contract for the fourth consecutive quarter, although the decline was not as strong as previously expected. The market remained adversely impacted by the ongoing debt crisis in the Euro-zone, which led to more cautious business investments, while consumers' budget continued to be captured by media tablets and smartphones, particularly in Western Europe. Due to the sustained weakness in demand, the impact of the HDD shortage was moderate in 4Q11, and key players managed to secure the supplies they needed.

Japan - Japan came in slightly better than expected, but the market still dipped 7% year over year for the fourth quarter and ended 2011 with fewer shipments than 2010. The slowing of Windows XP upgrades coupled with uncertainties wrought by slowing exports led to cutbacks across many segments.

HP - Although HP stepped back from the suggestion of spinning off its PC division, the move nevertheless affected buyers' confidence as reflected in their results. The company's shipments fell by 16% year over year, with some of the market share picked up by aggressive competitors, in particular Lenovo. However, with a new CEO and a refocus on business stabilization, the company may be able to recover its stride in coming quarters.

Lenovo - Lenovo continued to make strong gains. Volume reached 13 million, a record high with growth over 36%. Lenovo has continued to develop its channel reach in markets outside of China, while also making inroads in EMEA through its recent acquisitions and re-organization.

Dell - Dell ended the year on a positive note, with a modest uptick for its 2011 volume growth. The company remained firm on nurturing emerging market opportunities, with good results in Asia/Pacific, but its focus remains a pursuit of higher margin opportunities in other key markets.

Acer Group - Acer continued to see volume slide as a result of its past reliance on Mini Notebook sales. Consumer sales through retail channels remain constrained in the face of the pullback in consumer spending, but the vendor still managed to make gains in Asia/Pacific.

ASUS - Asus held onto its top 5 spot globally and stretched the distance between itself and Toshiba. The firm racked up strong gains across all regions, and seems to have overcome the difficulties it saw in past quarters with clearing a backlog of Mini Notebooks.

IDC is the premier global provider of market intelligence, advisory services, and events for the information technology, telecommunications, and consumer technology markets. IDC helps IT professionals, business executives, and the investment community to make fact-based decisions on technology purchases and business strategy. More than 1,000 IDC analysts provide global, regional, and local expertise on technology and industry opportunities and trends in over 110 countries. For more than 47 years, IDC has provided strategic insights to help our clients achieve their key business objectives. IDC is a subsidiary of IDG, the world's leading technology media, research, and events company.