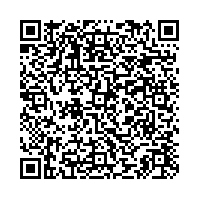 Subscribe to news
(PresseBox) ( Framingham, Mass., 15-07-15 )
Driven by an explosion of smartphones and tablets, the landscape for printing, scanning, and document management is in the midst of profound and significant change. According to new global research covering six countries across three major regions from International Data Corporation (IDC), the mobile opportunity for document solutions continues to grow as organizations adopt mobile devices at a fevered pace. Large and medium companies are leading the charge, accounting for 54% of smartphone and/or tablet users. Additionally, six vertical markets stand out as having a statistically higher percentage of smartphone and tablet users: Information Technology, Wholesale Trade, Banking, Life Sciences, Resource Industries, and Securities.

"The business value for smartphone/tablet printing is enormously clear, and yet support for this is shockingly lacking in 2015. This is a huge missed productivity opportunity for both businesses and print providers," said Angèle Boyd, Group Vice President and General Manager, IDC Document Solutions.

A whopping 75% of users say the business value is similar to PC printing, and another 15% say it's actually greater. The top four benefits mentioned by 32-57% of respondents were speed of reviewing documents, customer satisfaction, the number of transactions processed, and the number of new customers brought on board. Only 56% of users are satisfied. While smartphone and tablet adoption rates continue to grow and the capabilities are available, the pent-up demand for smartphone and/or tablet users is significant. Thirty-five percent of smartphone users and 34% of tablet users cannot print and want to.

Additional findings from IDC's research include the following:
The IDC multiclient study, Mobile Device Users/Non-Users: Print, Scan, Document Management, Worldwide, examines printing, scanning and document management among smartphone and tablet end users and a control group of non-users to provide a comparison of usage and attitudes. The study is based on results from a Web survey conducted in six countries (U.S., Brazil, U.K., Germany, Australia and China). The surveys were fielded from March to June 2015 (varied by country). There were 22,041 end users screened to collect incidence of tablets and smartphones among all business sizes (<100, 100-999, and 1000+ employees) and consumers. All end-users in the study are at least 16 years old.

To order this research, please contact your IDC sales representative, or IDC Sales at 508-988-7988 or sales@idc.com