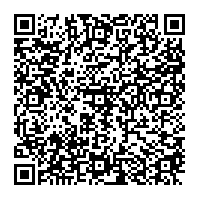 Multiplayer Accounted for 60% of Consumer Spending Among Top 50 Mobile Games, According to Special E3 Report From App Annie & IDC

"It's a very interesting time for the mobile gaming business," said App Annie VP Marketing Communications & Community, Fabien Nicolas. "This past year we've seen major shifts from the traditional gaming companies, with Nintendo investing in mobile over handheld devices through its partnership with DeNA. Meanwhile, Activision, Ubisoft and Warner Bros. are extending their IPs reach via mobile platforms. With these examples in mind, we expect to see even more focus for the gaming industry to invest heavily into mobile to create revenue streams at scale and offer a high-quality, unified gaming experience to users on a variety of devices. This report helps underscore the gaming market's continued growth and demonstrates the impact quality multiplayer features can have on engagement."

Within the global installed base for smartphones and tablets that are used for gaming, which exceeded 1.1 billion in Q1 2015, Google Play experienced relatively strong traction over the iOS App Store:

- Android devices alone accounted for nearly 75 percent of the worldwide installed base, while iOS and other types of devices have lost share in a relative sense since Q1 2014.

- Asia-Pacific gained in market share for game spending within the iOS App Store, while North America outpaced the market within Google Play.

Multiplayer games on mobile and handheld devices saw dramatic growth over the past year across Google Play and the iOS App Store, and have driven higher engagement, retention and spending among gamers. Similar trends are evident on consoles and PCs. For example:

- Among the Top 50 mobile games, multiplayer games accounted for 60 percent of consumer spending despite only contributing 30 percent of all downloads in Q1 2015.

- Among U.S. home console video game players, those who played OMP games averaged an additional one hour and 45 minutes of gameplay per week over the past 12 months compared to the typical U.S. console gamer, a 15 percent uplift in time commitment.

"A decade ago, online multiplayer games were the exception to the rule and were practically a novelty," said Lewis Ward, research director of Gaming at IDC. "Given the recent rise of eSports, it's clear that online multiplayer has become central to many of today's most popular and lucrative franchises. One can imagine a time in the not too-distant future when story modes and single-player experiences become the exception to the rule. It's time-consuming and expensive to develop and support online multiplayer, but when they're done right, these features often drive up the time commitment, loyalty and spending of gamers-and it's happening on practically every platform."

To obtain a full copy of the report please visit: http://blog.appannie.com/...

App Annie is the largest mobile app intelligence platform, providing developers and publishers with a 360-degree view of what they need to know to build, market and invest in their apps. App Annie is used by more than 700,000 apps to track their performance, and over 400,000 mobile app professionals - including 94 percent of the top 100 publishers - rely on App Annie to inform their business decisions, including Electronic Arts, Google, LinkedIn, LINE, Microsoft, Nexon, Nestle, Samsung, Tencent, Bandai Namco, Universal Studios and Dow Jones. App Annie is a privately held company headquartered in San Francisco with 12 global offices in cities including Amsterdam, Beijing, London, New York, Seoul and Tokyo. The company has raised $94 million in funding from e.Ventures, Greycroft Partners, IDG Capital Partners, Institutional Venture Partners and Sequoia Capital. For more information, please visit: www.appannie.com or follow @AppAnnie on Twitter.