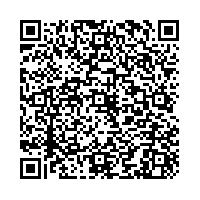 Subscribe to news
(PresseBox) ( Frankfurt am Main, 15-07-10 )
The integrated systems market in Europe, the Middle East, and Africa (EMEA) saw weak growth in 1Q15, reporting $593.66 million in user value to account for year-on-year growth of 9.3%, according to IDC's latest Quarterly Integrated Infrastructure and Platforms Tracker.

Integrated infrastructure systems, single SKU systems optimized for virtualization, have shown weak growth this quarter, accounting for 62.1% ($368.8 million) of total sales in EMEA in 1Q15, while revenue generation increased YoY by 2.8%. This was mainly driven by a weaker quarter from the larger vendors in this sector as the maturity of the market begins to play a bigger role in reducing the rate of growth. Another key growth inhibitor this quarter was the increased adoption rates in the hyper-converged market.

Looking at the EMEA integrated systems market in euros, IDC saw the weakening euro play a stronger role as a growth inhibitor in 1Q15, with a slightly improved outlook compared with the dollar. Year-on-year user euro value grew 32.8%, or 37.1 percentage points lower than in 1Q14. The dollar, however, fared even worse, reporting a 61.2 percentage point decline compared with 1Q14. For U.S.-based vendors in the European market, this was a difficult quarter.

"1Q15 saw increased traction for newer technologies such as flash storage and hyper-converged systems in the EMEA market," said Eckhardt Fischer, research analyst, European Infrastructure, IDC. "Integrated systems are not isolated from these trends, though hyper-converged is a technology that IDC believes will be a source of significant competition for the integrated system market."

In the EMEA region, Western European revenues accounted for 80.4% of sales, for year-on-year growth of 3.9%. Historically this is a very weak quarter in terms of YoY growth, and compared with 1Q14 it is a full 51.6 percentage points lower. The top 3 countries by spend are unchanged from the previous quarter, but IDC's reclassification of Rest of Western Europe (RWE) in 1Q15 - by releasing the Nordic and Benelux data at a country level - has reduced RWE's impact on Western Europe. These additional six countries account for 20.3% of the Western European market, reducing RWE's revenue share to 17.4% in 1Q15 from 41% in 1Q14. The strongest growth in the quarter was seen by Denmark, growing 22.4% YoY.

The lower growth in the Western European integrated systems market stems from a weaker integrated infrastructure quarter, though this market has accounted for the bulk of revenue growth in the integrated systems market over the last three years. As IDC discusses in the report EMEA Integrated System 2014-2018 Forecast and Analysis, slower growth in this market is a result of increasing saturation levels. 1Q15 is the first quarter in which integrated infrastructure has reported negative growth (-1.9%). This increased maturity, however, has not impacted the platform market as its slower YoY growth has remained unaffected, with YoY growth of 14.4% for Western Europe in 1Q14.

"This higher stability in the integrated platforms market has been driven by increasing adoption of emerging new workloads such as Big Data and business analytics - they have not seen the same explosive traction as integrated infrastructure, but they are less affected by the introduction of newer technologies on the market," said Silvia Cosso, senior research analyst, European Infrastructure, IDC.

"Despite a history of strong growth patterns, some hurdles will need to be overcome by the integrated infrastructure market, as the market looks to newer market technologies that allow the implementation of a commoditized hardware scale-out approach. This, coupled with improvements in software-defined networking and storage, will begin to ask real questions of which workloads are best suited to which hardware," said Giorgio Nebuloni, associate research director, European Infrastructure, IDC.

Central and Eastern Europe, the Middle East, and Africa (CEMA) recorded revenue growth of 38.7% year over year to reach $116.46 million in the first quarter of 2015, accounting for 20% of EMEA market value in the quarter, which was a small improvement over the previous quarter. Central and Eastern Europe (CEE) sales increased 47%, making it the fastest-growing region in EMEA, benefitting from a number of infrastructure deals in Russia. The Middle East and Africa (MEA) continued to record strong growth as well, up 33% year on year, driven by projects in financial and government sectors.

A New Way of Purchasing Infrastructure and Applications

IDC defines integrated infrastructure and platforms as preintegrated, vendor-certified systems containing server hardware, disk storage systems, networking equipment, and basic element/systems management software at the point of sale. Systems not sold with all four of these components are not counted in this tracker.

IDC has included six new Western Europe counties in the 1Q15 release. Previously categorized within Rest of Western Europe, these countries now include full data sets, as far back as the first quarter of 2014.

International Data Corporation (IDC) is the premier global provider of market intelligence, advisory services, and events for the information technology, telecommunications, and consumer technology markets. IDC helps IT professionals, business executives, and the investment community to make fact-based decisions on technology purchases and business strategy. More than 1,000 IDC analysts provide global, regional, and local expertise on technology and industry opportunities and trends in over 110 countries. In 2014, IDC celebrated its 50th anniversary of providing strategic insights to help clients achieve their key business objectives. IDC is a subsidiary of IDG, the world's leading technology media, research, and events company. You can learn more about IDC by visiting www.idc.com.