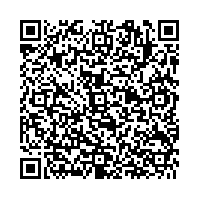 Subscribe to news
(PresseBox) ( London/Prague, 10-04-19 )
According to IDC's EMEA Quarterly Server Virtualization Tracker, 17.7% of all new servers shipped in EMEA in the fourth quarter of 2009 (4Q09) were virtualized, an increase from 16.31% in 4Q08. Actual shipments increased year over year for the first time since 4Q08, rising 2.8% to 110,000 physical servers. EMEA virtualization software revenue also increased for the first time in year, recording 3.9% growth year on year in 4Q09 to $158 million. Virtualization licenses distributed grew year on year by 8.54% to 158,000. The EMEA server virtualization market continues to shift towards the use of paid hypervisors, with paid virtualization software now running on 71.7% of all new server hardware shipments virtualized in 4Q09 compared to the 60.7% recorded in 4Q08.

"In the fourth quarter of 2009, IDC observed a number of signs of an upturn in the server virtualization marketplace," said Nathaniel Martinez, program director, IDC EMEA Systems and Infrastructure Solutions. "The availability of CPU upgrades and corporate mandates for their IT infrastructure to go 'virtual' prompted many organizations to initiate long delayed technology refreshes. IDC believes that server virtualization will play a pivotal role in transforming large and medium organizations' hardware infrastructure so that it operates at a level of efficiency that is more in line with the demands of current economic environments in EMEA."

Western Europe clearly continues to lead the way in terms of mainstream adoption of server virtualization technology, with 20.2% of new servers shipped in 4Q09 virtualized compared to 19.3% a year ago. However, the CEMA region is rapidly bucking that trend with 11.02% of new servers shipped in the region virtualized compared to 8.3% to the same quarter a year ago.

"Virtualization adoption is accelerating in CEMA. Organizations in the region have had difficulties raising capital following the economic downturn, and so turn to virtualization to continue expanding their server infrastructure," said Mohamed Hefny, research analyst, Systems and Infrastructure Solutions, IDC CEMA.

"Server virtualization has become the default build for new application deployments, and server refreshes among many European organizations, and this is having a profound impact on IT infrastructure directions. The next step in virtualization adoption will require a reinvention of IT policies and procedures, and continued deployments of automation tools will be key as virtual machine densities rise and customers find themselves facing virtual server sprawl issues," said Martinez.

IDC is holding the following conferences:

IDC is the premier global provider of market intelligence, advisory services, and events for the information technology, telecommunications, and consumer technology markets. IDC helps IT professionals, business executives, and the investment community make factbased decisions on technology purchases and business strategy. More than 1000 IDC analysts provide global, regional, and local expertise on technology and industry opportunities and trends in over 110 countries worldwide. For more than 44 years, IDC has provided strategic insights to help our clients achieve their key business objectives. IDC is a subsidiary of IDG, the world's leading technology media, research, and events company. You can learn more about IDC by visiting www.idc.com.