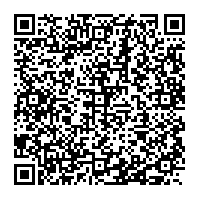 (PresseBox) ( Frankfurt am Main, 13-05-15 )
According to the new International Data Corporation (IDC) Worldwide Black Book (Doc # 241057) just released, IT spending was slightly below expectations in the second half of 2012 and first quarter of 2013. Economic uncertainty surrounding the US government sequester, European debt crisis and weakening GDP in China has resulted in volatile spending patterns across most segments of the market, with many IT vendors reporting difficulty in closing deals at the end of Q1 2013. IDC now projects worldwide IT spending growth of 4.9% this year in constant currency, down from the previous forecast of 5.5% growth and representing a slowdown from the 5.6% growth recorded in 2012. As a result, IT spending will reach $2.06 trillion in 2013. Including telecom services, ICT spending will increase by 4.5% to $3.7 trillion.

The strength of the US dollar may continue to have an adverse impact on the reported revenues of US-based IT vendors. In 2012, IT spending increased by just 2.9% in US dollars, a significant downturn from 9.5% US dollar growth in 2011. Based on average exchange rates from Q1 2013, this year's growth is on track to increase by 4.2% in US dollar terms.

The reduction in IDC's overall forecast for 2013 is largely driven by rapidly deteriorating PC shipments since the second half of 2012. According to the new report, IDC now expects PC spending to decline by 3% in constant currency this year, representing a third successive year of declining PC revenues. The shift to mobile devices remains a key driver for overall tech spending growth. Excluding mobile phones and tablets, worldwide IT spending increased by only 2.8% in 2012 and is forecast to grow by just 2.6% this year. Worldwide spending on smartphones will increase by 17% in 2013 while tablet spending will grow by 32%.The combined growth rate for PCs and tablets, meanwhile, will remain stable in the range of 4-5%.

"Cannibalization has accelerated over the past two quarters," said Stephen Minton, Vice President in IDC's Global Technology & Industry Research Organization (GTIRO). "The trickle of substitution is becoming a flood, as many organizations look for ways to do more with less in the context of an uncertain economy in which CFOs are attempting to protect profitability by limiting the size of budget increases. Just as outsourcing got its boost from the 2001 recession, and virtualization from the financial crisis of 2009, low-cost mobile devices and the cloud are being partly driven by the willingness of businesses to look for new ways of getting things done in return for improvements in efficiency, scalability and cost of ownership."

Just as tablets are cannibalizing PC spending, so the growth of cloud services continues to cannibalize commercial software and IT services. Software spending in the US grew slightly slower than forecast in 2012, and IDC has consequently reduced the US software forecast to 6% growth for 2013 (from 7%). IT services demand remains stable, but the pass-through from capital spending and software deployment remains tepid by historical standards. IDC now forecasts growth of 5.6% in worldwide software spending in 2013 (constant currency), and 3.8% in IT services.

Meanwhile, the report suggests a decline in overall server revenues while storage infrastructure spending will cool somewhat after the major spending cycle of 2011/2012. IDC now projects 2.4% growth in worldwide storage hardware revenues this year, down from 6.1% growth in 2012. Network infrastructure investment was strong in 2012, as many carriers invested in the deployment of LTE networks, but this will also cool in 2013. Service provider spending on network equipment will increase by 1.1% this year, compared to 5.8% in 2012. Enterprise network spending should remain more stable, projected to post growth of 6.8%.

Emerging markets are still the engines of growth for Worldwide IT spending, with strong trends continuing in markets such as India and Brazil in recent months. The weakest-performing geographies will be Western Europe and Japan, where slow economic growth is inhibiting IT spending while the US market remains fragile in the context of political uncertainty. "It's all about the economy," continued Minton. "Our surveys confirm that underlying demand for IT products and services remains strong, but that businesses are once again being forced to delay new projects or investments in the face of longer decision-making cycles and a lack of short-term visibility. This storm could pass quickly, if governments in the US, Europe, China and Japan succeed in steering their ships towards calm waters in the second half of the year."

Additional products in this category include the Worldwide Enterprise Black Book, which analyzes annual IT spending in relation to four company size segments based on employee counts. The Worldwide Black Book, Premium Edition, includes cloud spending forecasts, quarterly IT spending forecasts by region, IT vendor market share analysis, macroeconomic indicators, IT/Internet penetration, and CIO survey data. The United States Black Book: State IT Spending by Vertical Market is a quarterly analysis of the status and projected growth of the IT industry in 50 states and across 15 vertical markets.

For additional information about this research, or to arrange a one-on-one briefing with Stephen Minton, please contact Sarah Murray at 781-378-2674 or sarah@attunecommunications.com.To request information on custom data cuts or subscription services, contact insights@idc.com.