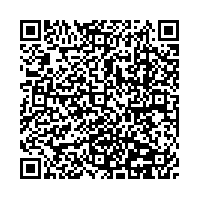 1) What is the market context?

"In Western Europe, IDC believes that hosted private cloud spending and fully shared public cloud IaaS (infrastructure as a service) are experiencing strong expansion, reaching combined record spending of $6.6 billion in 2015. As the market opportunity expands, so does the range of options available for infrastructure capacity off-premises. Workloads, vertical requirements, and compliance regulation needs will lead to the creation of large, profitable specialized areas for IaaS - both virtual private cloud (VPC) and private hosted - alongside mass-scale IaaS providers."

"Founded in 2009, Virtustream provides cloud software and (in some regions) cloud services, targeting enterprise workloads with a specific focus on SAP environments. The company went through several funding rounds, the most recent being a $40 million investment by SAP Venture Capital in September 2013. The company reported publicly in November 2014 that it was expecting to have a yearly run rate above $100 million by year end 2014. Virtustream has a two-pronged business strategy. It generates revenue by licensing its cloud orchestration software to third-party companies, either enterprises or service providers, and by providing IaaS cloud resources and adjacent managed services directly from datacenters it operates itself in some regions (the U.K. and the Netherlands in Europe, and others worldwide)."

3) Why does EMC want to acquire Virtustream?

"IDC believes the core reason is the intellectual property that Virtustream has around enterprise workloads, as well as the customer reach it already has. Importantly, Virtustream will operate as a separate EMC Federation business for the foreseeable future, reporting to Joe Tucci and potentially becoming another member of the federation. By planning to invest a significant amount of dollars in a fast-growing cloud software company with revenues in the nine digits, EMC is continuing on its path of collecting assets that can make its hybrid cloud vision real (see, for example, previous acquisitions such as Twinstrata, Maginatics, and Spinning). IDC expects more to come in this space."

4) What are the consequences for service provider partners and customers?

"The acquisition is expected to close in calendar 3Q15. Virtustream's partner ecosystem mostly comprises service providers licensing its software for cloud orchestration. On the end customer side, it is mostly enterprises or large midmarket companies using it for enterprise workloads. IDC believes the decision to maintain the company as a separate entity within EMC should protect business relationships and ensure a fairly stable strategic environment. IDC believes EMC will continue on its path to be primarily an enabler of cloud service provider partners with software and hardware. Longer term, and over the next 18 months, we recommend that European customers that use Virtustream IaaS services enquire about roadmaps and practicalities around migration and support."