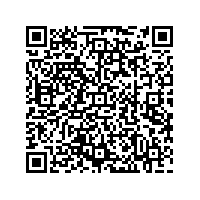 Germany the Largest 2-in-1 Market in Western Europe by End of 2015, Says IDC

Subscribe to news
(PresseBox) ( London, 15-09-03 )
According to figures published by International Data Corporation (IDC), Germany will be the largest 2-in-1 market in Western Europe by the end of 2015 with almost 800,000 detachable devices shipped over the four quarters.

Germany is the largest Western European PC market and was one of the first countries in Europe to adopt 2-in-1s when they were introduced at the beginning of 2011. Over the past few quarters, these detachable devices have become increasingly popular among German consumers and businesses, with volumes growing over 30% in 2014. In the last few months, however, driven by a strong mobility trend, demand for 2-in-1s has soared and in 2Q15 Germany became the largest 2-in-1 Western European market, with shipments exceeding 120,000 units. Interestingly, 95% of the devices run on Windows and more than half are deployed in the commercial segment.

This adoption is a clear a sign of computing evolution. In the context of a declining PC market and even if the share of 2-in-1 remains marginal in the total device landscape, this new form factor is capturing not only consumer attention but also enterprise IT budgets.

"2-in-1s are the only product category with a positive outlook over the next four years," said Chrystelle Labesque, research manager, EMEA Personal Computing. "This is due to an acceleration of the mobility trend, driven by increasing digitalization of business processes in German companies and by the release of Windows 10, which promises to overcome integration issues with existing IT infrastructures, and the rising popularity of this hybrid form factor among consumers as improved hardware meets both mobile and content-creation needs."

IDC expects 2-in-1s to continue growing strongly and to represent 15% of total computing devices shipped annually to Germany by 2019.

The 2-in-1 market, however, is not the only beneficiary of the mobility trend. In fact, over the last five years the landscape has been dramatically changed by the explosion of devices generated by tablets and, to an even larger extent, smartphones owing to their ability to satisfy users' growing need for constant connectivity resulting from the proliferation of apps and increasing use of social media, analytics, and cloud services.

"Inevitably smartphones and tablets have put pressure on the market for traditional form factors, such as desktop and portable PCs, through budget or usage cannibalization," said Labesque. "Nonetheless, they have also driven hardware innovation and have transformed the way consumers and businesses use their devices, making multidevice ownership the norm."

"Although mega-trends such as mobility, connectivity, and device multiplication are affecting dynamics in both the consumer and commercial markets, the two segments show interesting differences and opportunities for hardware manufacturers," said Marta Fiorentini, senior research analyst, IDC EMEA Personal Computing. "For example, the erosion of the portable PC base will occur largely to the benefit of detachable devices that will appeal to all users for their ability to combine the mobility of a tablet and the content creation of a traditional laptop. Computing power, however, will remain extremely important in the commercial environment, where it is foreseeable that 2-in-1s will be deployed mostly across that part of the workforce whose daily tasks combine productivity and mobility."

Besides laptop replacements, though, IDC's latest survey of tablets in enterprises (Tablets in Enterprise: The Big Opportunity) highlights the incremental opportunity generated by 2-in-1s deployed in addition to another computing device. The research shows that among more than 400 German enterprises surveyed, only in 40% of the cases are 2-in-1s the only device provided to their employees, usually to replace a portable or desktop PC. The majority of enterprises would deploy 2-in-1s in addition to another computing device.

"This incremental opportunity is not limited to 2-in-1s," said Fiorentini. "Thanks to hardware optimization for business purposes, as well as app verticalization and the emergence of new usage scenarios for employees and clients created by mobility, analytics, and social business, tablets have become a reality in today's companies and Germany is at the forefront of this transformation, behind only the U.K. in size."

The transformation of the device market over the last 10 years into a predominantly smart connected device market, with smartphones and tablets accounting for the majority of volumes and 2-in-1s emerging more recently as a compelling form factor, has also been reflected in the evolution of the vendor landscape.

The expansion of the smartphone and tablet markets has played in favor of Samsung. Thanks to its broad portfolio of high-end, midrange, and low-end devices and substantial marketing efforts, the Korean company became the largest supplier of smart connected devices in Germany in 2012 and continues to lead the market with almost a third of total shipments, despite exiting the laptop market at the end of 2014.

Apple has been ranked second in the German SCD market since it briefly topped the ranking in 2011. In recent quarters Apple has strengthened its presence in the PC market, but as its share is mainly driven by demand for its smartphones and tablets and as its high-end devices target consumers with higher purchasing power, its share has been adversely affected after these two markets became more saturated and price-driven. At the same time, though, in view of weak consumer demand and rising mobility in enterprises, Apple has reinforced its enterprise strategy and through a partnership with IBM has gained market share in the commercial segment.

Through the acquisition of local champion Medion and a resolute execution of its protect and attack strategy, Lenovo has almost doubled its market share over the last five years. From ranking 10th in 2011, it is now the third-largest SCD vendor thanks to a broad portfolio covering all devices, innovative hardware, a wide range of price points, and significant investment to increase brand awareness in the country.

Sony has also improved its position from 2011, climbing to number 4. After withdrawing from the PC market in early 2014, the company's SCD offer is almost entirely accounted for by smartphones.

LG Electronics also owes much of its SCD success to its smartphones, with tablets accounting for less than 3% of its portfolio. It closes out the top 5 vendor ranking with a market share just below 5%.

Recommend Germany the Largest 2-in-1 Market in Western Europe by End of 2015, Says IDC press release