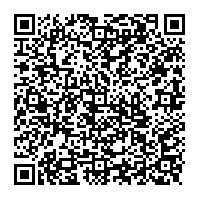 Subscribe to news
(PresseBox) ( Framingham, Mass., 15-09-14 )
A growing list of vendors, a proliferation of devices, experiences, and price points, and steady consumer adoption will fuel growth in the worldwide market for wearable devices. According to the International Data Corporation (IDC) Worldwide Quarterly Wearable Device Tracker, wearable device shipments will reach 76.1 million units in 2015, up 163.6% from the 28.9 million units shipped in 2014. By 2019, worldwide shipments will reach 173.4 million units, resulting in a five-year compound annual growth rate (CAGR) of 22.9%. Total shipments include both basic and smart wearables, which are two very different product categories in many aspects.

"Smart wearables only account for about a third of the total market today while basic wearables, led by fitness trackers, account for the rest," said Jitesh Ubrani, Senior Research Analyst for IDC's Mobile Device Trackers. "Driven by advancements in user interface (UI) and features, smart wearables are on track to surpass the lower priced, less functional basic wearable category in 2018. Smart wearables will quickly move from a smartphone accessory primarily focused on notifications to a more advanced wearable computer capable of doing more processing on its own."

Driving the market and gaining attention is smart wristwear, including watches and bands, which are capable of running third-party applications. This includes the Apple Watch, Motorola's Moto 360, Samsung's Gear S-series, and Pebble's Time. "We are at a stage now where more vendors are getting into this segment, setting the stage for more selection and ultimately more volumes," said Ramon Llamas, Research Manager, Wearables. "Potential buyers wary of what is currently available will most likely be more interested once the second- and third-generation devices come to market with improved hardware and applications. From there, word-of-mouth and user-ambassadors will help to spur interest.

watchOS, in its first year on the market, will quickly establish itself as the overall leader in the smart wristwear market and maintain its position throughout our forecast. IDC expects second and third generations of the Apple Watch will drive shipment volumes later in the forecast, particularly among those customers who take a wait-and-see approach. It will, however, see its market share erode as other platforms – particularly Android Wear – gain greater salience in the market.

Android/Android Wear will experience market-beating growth, with a combination of consumer electronics heavyweights and an expanding list of watchmaker brands also expected to launch their own smart watches in the years to come. Also helping Android/Android Wear's cause is the broader and deeper selection of devices at multiple price points that will appeal to a wide audience.

Pebble, one of the pioneers of the smart wristwear market, will see its market share decline even as overall volumes grow. Competitive headwinds from watchOS and Android/Android Wear will keep its overall growth in check, but its low prices, compatibility with Android and iOS-powered smartphones, and avid fan base will sustain its presence.

Tizen stands to be the dark-horse platform in the market. With Samsung opening up the Tizen SDK and making its Gear S2 and subsequent devices compatible with flagship smartphones from other Android OEMs, the total available market for Samsung has opened up significantly. Still, as a current small player in the market, Tizen must win over customers currently looking at other watches available for Android smartphones.

Linux jumped into the smart wristwear market in 2014, but since then few vendors have come forward to use it as the basis of their wearables strategy. Without any foreseeable additional support, IDC believes that OEMs will favor other platforms over Linux.

There will be a small, but nonetheless significant market for smart wristwear running on a Real-Time Operating System (RTOS), which is capable of running third-party applications, but not on any of these listed platforms. These tend to be proprietary operating systems and OEMs will use them when they want to champion their own devices. These will help within specific markets or devices, but will not overtake the majority of the market.