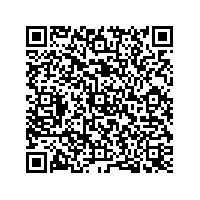 Subscribe to news
(PresseBox) ( FRAMINGHAM, Mass., 15-08-27 )
The combined consumer and enterprise worldwide wireless local area network (WLAN) market segments decreased -5.3% year over year in the second quarter of 2015 (2Q15). According to the preliminary results published in the International Data Corporation (IDC) Worldwide Quarterly WLAN Tracker, the enterprise segment's growth continued to slow compared to preceding quarters, increasing just 1.4% over the same period last year. After several quarters of high single-digit growth rates, the enterprise WLAN market growth rate has fallen to the lowest level seen in years due to the confluence of two factors: a hold on new WLAN projects due to the uncertain short-term trajectory of the global economy and market anticipation of Wave 2 802.11ac.

The 802.11ac standard continues on its path toward becoming the prevailing WLAN standard. After two full years of product availability, the 802.11ac standard already accounts for just under 50% of dependent access point unit shipments and 62.8% of dependent access point revenues, representing a noticeably faster adoption rate than what we saw with the 802.11a/b/g to 802.11n transition several years ago. As Wave 2 802.11ac products emerge in the marketplace during the second half of 2015, IDC expects 802.11ac to become the majority standard worldwide for new deployments, both in terms of shipments and revenues, by 2016. Increased demand on enterprise WLANs will continue to be a driving factor in this transition.

Meanwhile, the consumer WLAN market decreased -12.9% year over year in 2Q15. This marks two consecutive quarters of year-over-year decline for this segment of the market. While the transition to the 802.11ac standard had been a driver for consumer WLAN, it was not enough to counter overall softness in the segment. Worldwide consumer 802.11ac WLAN revenues grew 67.6% year over year in 2Q15, which is less than half of the growth rate seen in 1Q15.

"WLAN took a bit of a hit in 2Q15, but still demonstrated strength in many key segments," said Nolan Greene, Research Analyst, Network Infrastructure, at IDC. "The pending emergence of Wave 2 802.11ac, the steady rise of the Internet of Things in the enterprise, and the coming onslaught of E-Rate funding in the US are among the factors that may pave the way for more robust growth for the rest of 2015."

From a geographic perspective, the enterprise WLAN market once again saw its strongest growth rates in Asia/Pacific (APAC), which saw 5.9% year-over-year growth in 2Q15. Latin America also grew at an above market rate – 3.5% year over year – despite seeing its growth sharply decline from 1Q15. North America, perhaps seeing some benefit from the earliest E-Rate funding streams in K-12 education in the US, recorded 0.8% year-over-year growth, reversing last quarter's decline. The Europe, Middle East, and Africa (EMEA) region saw its first market contraction in over a year, declining -1.2% year over year in 2Q15.

"Enterprise WLAN growth flattened in many regions in the second quarter for a myriad of reasons, including economic concerns," said Petr Jirovsky, Research Manager, Worldwide Networking Trackers. "The fact that all regions saw either a single-digit growth rate or a small decline shows that economic uncertainty was felt globally in 2Q15."

Key Enterprise WLAN Vendor Updates
This graphic is intended for public use in online news articles and social media. Instructions on how to embed this graphic are available by clicking here.