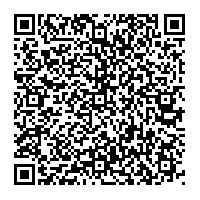 Subscribe to news
(PresseBox) ( Prague, 14-06-23 )
In Western Europe (WE), end of support for Windows XP was one of the main driving forces of thin-client shipments in Q1 2014, according to the EMEA Quarterly Enterprise Client Device Tracker published by global IT market research firm International Data Corporation (IDC). At the same time, political instability in Russia and Ukraine is inhibiting IT hardware spending in Central and Eastern Europe (CEE).

The WE thin-client market increased in volume by 23.9% and in value by 34.7% year on year in Q1 2014. The economic upturn in the United Kingdom, France and Germany, as well as other developed markets, will boost thin client shipments throughout 2014 to healthy 9.6% year-on-year growth.

Russia, the fifth largest market in Europe, the Middle East, and Africa (EMEA) in 2013, underwent a volume collapse in Q1 2014, contracting more than 40% year on year due to the political and economic turmoil caused by Russia's annexation of Crimea and armed separatist insurgency in Eastern Ukraine.

Thin-client shipments in the overall EMEA market increased by an impressive 15.4% year on year in Q1 2014 to reach 483,000 units. The approaching end of support for Microsoft's Windows XP, commercial PC renewals, and overall economic growth in Western Europe fueled thin client shipments in the first quarter of the year. Market growth was even greater in value terms, as demand for powerful thin clients in EMEA boosted shipment value by 24.9% over the same quarter in 2013.

"During the recovery, the thin client market will perform better than the commercial PC market in Western Europe," says Oleg Sidorkin, senior research analyst at IDC. "Increasing security concerns, along with the growing availability of cloud solutions, make thin-client infrastructure more attractive for end-users, both as new purchases and upgrades of old PC hardware."

The growing industrial production in Eastern Europe (the Czech Republic, Poland, Romania, Slovakia and other countries) will create additional demand for PC hardware renewals. On the contrary, IDC expects that the Russian market will suffer a severe setback in 2014, dampening thin-client shipment developments in the greater CEE region. As a result, the overall thin-client market will decline by 18.1% year on year.

IDC leads the ICT innovation discussion through events, research, and consulting. For nearly five decades it has been giving ICT and business professionals data and insight for making strategic and practical decisions. IDC is a subsidiary of IDG, the world's leading technology media, research, and events company. Learn more at www.idc.com.