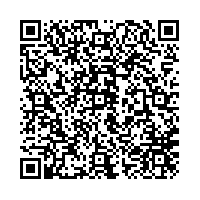 The quarter-on-quarter performance in the EMEA region between 4Q13 and 1Q14 highlighted an overall negative trend, with a 20.3% decrease in vendor revenue and a 10.8% decrease in units shipped. The strong disparity between the corresponding quarters and quarter-on-quarter figures can be attributed to the very seasonal nature of the server market in EMEA, where many deals take place at the end of the calendar year.

"Units shipped in EMEA over the past three years have continued along the same consistent contraction trend, with 3Q11 the last quarter to see clearly positive unit growth in the region," said Giorgio Nebuloni, research manager, Enterprise Server Group, IDC EMEA. "Despite a strong push for additional capacity in megadatacenter customers and renewed focus on tower and rack volumes by the largest OEMs, the macro-trend in the x86 market continues to point to value as the only real growth opportunity. Vendors with a strong focus on attach rates and profitability are the best positioned to win in this market."

The increase in vendor revenue between 1Q13 and 1Q14 can be attributed to the positive growth in EMEA's two largest product types, with rack-optimized and blade servers seeing 2.8% and 5.0% growth in revenue respectively. These two products contributed 76.1% to overall EMEA vendor revenue and saw a combined 3.4% increase compared with 1Q13, though their unit shipments continued to decrease. This has resulted in an increase in ASPs for rack-optimized and blade servers - an increase of around $357, according to IDC's quarterly tracker.

"The EMEA blade market has seen strong growth in the higher-end market," said Eckhardt Fischer, research analyst, IDC EMEA Enterprise Server Group. "This targeting of higher-end blade systems is allowing vendors to offset the drop in units shipped with higher average selling prices. This has made it possible for vendors in the EMEA market to generate positive dollar revenue growth despite a decrease in units. Blade servers have also seen increased traction in integrated systems and datacenters-in-a-box, a segment that over the past year has seen strong double-digit growth in the region. We expect this to remain a constant in 2014, as blades become part of broader integrated solutions."

x86 server market revenue for 1Q14 totaled $1.72 billion, and accounted for 81% of the total value (an increase of 6 points on the previous quarter and equal to that of 1Q13). x86 servers in EMEA grew 2.2% in dollar revenue terms, despite the continued decline in units shipped (down 3.7%).

Non-x86 vendor revenue accounted for $541 million and 3,810 units in the EMEA region, a decline of 1.3% and 27.2% respectively compared with 1Q13. Quarter-on-quarter non-x86 servers declined 39% in revenue and contracted by 2,368 units (down 38.3%). As the largest contributor to non-x86 servers in EMEA by total revenue ($256 million), RISC servers reported the only growth in revenue compared with 1Q13 (2.6%). When comparing growth figures for 1Q12-1Q13 with those for 1Q13-1Q14, non-x86 servers have shown positive growth in revenue, a hint of stabilization in a fairly small market segment.

"All Western European markets bounced back to growth this quarter, except Ireland, France, and Spain, which experienced double-digit declines in vendor revenues," said Andreas Olah, research analyst, Enterprise Server Group, IDC EMEA. "The Irish market is severely impacted by the slowdown in megadatacenter expansion by cloud providers there that are expected to focus more on building new facilities in Continental Europe within the next year in order to serve major markets from local datacenters. Government spending remains an inhibitor for growth in France and Spain, while investments continue to pick up in Germany and the U.K.

"Most notably, the Italian server market grew 33.9% year on year, mainly down to a large legacy systems project this quarter. At the same time a moderate decline was experienced on the x86 side there, which is still affected by the current climate of economic and political uncertainty. In contrast, the Dutch x86 market picked up substantially by 25.7% due to a combination of improving economic conditions, a well-established hosting community, and investments by cloud service providers."

Central and Eastern Europe, the Middle East, and Africa (CEMA) server revenue continued to decline, decreasing 2.8% year over year to $673.72 million in 1Q14. Sales of x86 servers recorded a marginal increase, driven by demand for blade and rack-optimized servers, while non-x86 servers continued in negative trend.

- The strongest decline in non-x86 revenues (-12.0% YoY) was reported by EPIC servers, but, in comparison to last year's strong double-digit declines in revenue, performance in the segment appears to have stabilized somewhat as several clients that wanted to migrate have already done so. Also, advanced automation and workload management tools increasingly enable legacy environments to be seamlessly integrated, so there are fewer incentives to move away from mainframes now than there were one or two years ago. CISC mainframes remained fairly stable with a $227 million revenue contribution in the quarter, down 3% yearly.
- Windows had 56.1% revenue share, generating vendor revenue in 1Q14 of $1.6 billion, up 1.9% on 1Q13. Second spot was taken by Linux operating systems with 24.3% of the market and vendor revenue of $707 million. -The biggest decreases by revenue on 1Q13 were seen by some specific legacy OS such as i5/OS and OpenVMS, while the rest of the market saw positive single-figure growth.
- The largest contribution to the market by revenue has remained volume servers, which have held their market share at 76.5% compared with 1Q13, generating $2.2 billion in 1Q14. High-end servers contributed $262 million to the market and showed a marginal increase in revenue share, to report 14.5%, a gain of 0.4 points on 1Q13, showing the largest growth in terms of revenues of 4.7% compared with 1Q13 figures. Midrange servers showed the only decrease in market revenues compared with 1Q13, with a contraction of 2.9%.
- From a form factor perspective, rack servers still account for over half of the market by revenue, at 54.4%, a moderate increase from 53.7% in 1Q13. Towers or standalone servers again declined, taking 19.8% revenue share in 1Q14 compared with 20.1% in 1Q13.
- Blades' continued growth has slowed, reporting 5% revenue growth compared with 1Q13. In terms of revenue share of the total market, towers have been relegated to third spot, with blades at 22% market share. Density-optimized servers declined 19.4% on 1Q13 when looking at revenue and are in fourth spot with only 4% market share. Their decline is down to fewer large HPC and megadatacenter projects in northern Europe in 1Q14.