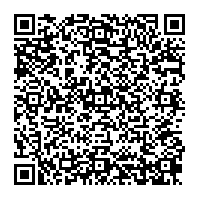 EMEA Server Revenue Down 11.6% in 2Q12 as Demand for Servers Deteriorates in Western Europe and Remains Soft in Middle East and Africa, Says IDC

Subscribe to news
(PresseBox) ( London-Prague, 12-09-04 )
According to the latest EMEA Server Tracker from International Data Corporation (IDC), factory revenue in the EMEA server market reached $3 billion in the second quarter of 2012 (2Q12), down 11.6% when compared with the same quarter of 2011. Shipments reached 514,311 units, representing a 5.3% annual decline. The quarter-on-quarter performance displayed single-digit declines in the volume area, which was down 7.6%, and revenue displayed a very slight decline of 0.9%.

The x86 server segment remained the main growth engine, with revenue of $2.2 billion, equivalent to 72.2% of the total value market (a slightly lower percentage than the 73.0% recorded the previous quarter). Industry standard servers suffered relatively soft declines in both the value and volume areas, down 3.5% and 4.9% respectively year-on-year. The decline in the volume area was a bit deeper than in the previous quarter, when shipments were down 3.2%, indicating higher average selling prices as new products based on latest generation Intel Xeon E5 processors reached the market.

Non-x86 sales dived well below the $1 billion mark, and with revenue of $860.3 million were down 27.5% year-on-year. Despite the double-digit decline, the pace of the slowdown was slightly gentler than in the first quarter of 2012, when the decline reached 28.7% annually. This was largely due to a pick-up in demand of RISC Unix in CEE (Central and Eastern Europe), where revenue was up 37.6% annually. 2Q12 was the 14th consecutive quarter in which x86 sales surpassed non-x86 server sales.

"2Q12 marked the third consecutive quarter of annual revenue decline for the overall EMEA server market and the fourth consecutive quarter of revenue decline for the Western European server market, where overall conditions have worsened in relation to 1Q12, due to rising economic uncertainty compounded by major technology transitions underway," said Nathaniel Martinez, research director in the Enterprise Server Group for IDC EMEA.

"Western Europe was affected by stronger declines than any other EMEA subregions, with server revenue down 15.4% annually, despite growth of 6.9% in CEE and a much softer decline of 4.9% in MEA (Middle East and Africa). The server market is going through a transformation as a result of technological developments accelerating migration to x86, combined with weakening customer demand amidst tougher macroeconomic conditions", said Beatriz Valle, senior research analyst, Enterprise Server Group, IDC EMEA. "In Western Europe, with a large installed base of legacy systems and a more mature market than in the emerging economies of EMEA, this trend is more clearly visible. Demand for mainframes was the worst hit in Western Europe in 2Q12, down 36.5% annually and followed by a slowdown of 31.4% in the RISC Unix area."

"Central and Eastern Europe, the Middle East, and Africa (CEMA) combined recorded modest growth in 2Q12 with an annual increase of 1.4%, reaching total revenue of $808.6 million," said Jiri Helebrand, research manager, IDC CEMA. "Central and Eastern Europe (CEE) was the major engine of growth, recording 6.9% year-on-year increases, with sales of $456.0 million, driven by demand from datacenter providers and the financial segment in Russia. Indeed, Russia server sales increased by 15.9% year-on-year, while Poland and Czech Republic server revenue was down due to increased caution in the corporate segment.

"The Middle East and Africa (MEA) region continued to decline in 2Q12 with server sales at $352.6 million, down by 4.9% year-on-year. Even though telecommunications companies in African countries invest heavily in infrastructure, server sales in Africa were down the most, witnessing a drop of 7.0% year-on-year. The Middle East also displayed negative performance, with markets in Saudi Arabia, Turkey, and United Arab Emirates all down in 2Q12."

"In the wake of large HPC installations and a handful of massive public cloud deployments, primarily in Western European countries, density optimized servers showed double digit shipment growth, bucking the market trend," said Giorgio Nebuloni, research manager, Enterprise Server Group, IDC EMEA. "Blade volumes, on the other hand, were down 13% annually to around 80,000 units in 2Q12, as enterprises continued to consolidate and virtualize their blade installed bases, while shying away from larger expansion projects due to economic uncertainty. The theme of convergence and more integrated server, storage, and networking infrastructure is increasingly a key driver for all the major vendors' stories around blade servers, with early signs of interest from the end-user community, but a long way to go in market adoption."

- x86 revenue reached $2.2 billion, equivalent to 72.2% of the total market, a decline of 3.5% annually. Refreshed 2-socket products fuelled marginal installed base upgrades and a positive average selling value trend, but the concomitance of a weak currency rate and broader macro concerns kept a lid on growth, especially in mature economies. This was the 14th consecutive quarter in which x86 sales surpassed non-x86 servers, as the market trend toward industry standard servers consolidates across EMEA. The average rate of decline in the non-x86 market was 27.5%, with mainframes experiencing the sharpest fall in non-x86, down 35.9%, followed by EPIC and RISC systems, down 29.4% and 21.6% respectively. RISC revenue reached $473.3 million, or 15.3% of the market, up from 14.5% the previous quarter. Mainframe sales reached $235.5 million, or 7.6% of total EMEA sales, down from 8.4% the previous quarter.

- By operating system, Windows held 51.4% of the market, generating hardware spending of around $1.5 billion, down 4.0% year-on-year. Linux experienced the softest decline year-on-year, down only 1.2% after generating sales of $626.2 million, or around 20.3% of total market sales. 2Q12 was the third time that Linux overtook Unix in market share since records began. The first time this happened was in 3Q11. Unix declined 27.2% on the back of weaker RISC system sales, with sales of $555.5 million. Of the main operating systems, only z/OS declined faster than Unix, by 40.0% to reach $185.0 million.

- Volume servers continued to hold the overwhelming majority stake in the market, with 68.4% of total revenue, or $2.1 billion, despite a decline of 3.7%. Both the midrange and high-end segments saw double-digit declines, at 26.4% and 24.2% respectively. High-end server revenue reached only $624.6 million, around 20.2% of the total EMEA market, due to a slowdown in mainframe sales.

- From a form factor perspective, racks remained the single largest segment of the market, with $1.6 billion, equivalent to 52.5% of total sales, and the softest decline, 3.9% year-on-year. Tower or standalone servers suffered a sharp decline, down 23.7% year-on-year. Although they retained second position, the gap between market share for blades and towers is quickly narrowing, with blades taking 19.3% of the market against 26.3% for towers.

- Blades declined significantly, and at a faster pace than usual, down 12.3% annually, as the technology matures and after reaching $597.5 million in sales. Density optimized servers experienced annual declines for the first time in EMEA, amid overall deteriorating conditions. This form factor was down 5.6% year-on-year with revenue of $59.2 million, a definite niche at 1.9% of the overall EMEA sales.

- HP held the top spot in the EMEA server market in 2Q12 after it outperformed IBM by 11.7 percentage points. HP system sales declined by 10.6% in 2Q12, a significant improvement on a decline of 19.1% the previous quarter. HP remained the x86 leader, with the ProLiant line hitting the $1 billion mark once again, and reaching the equivalent to 47.6% of the total x86 market in EMEA. HP had a revenue share of 54.5% of the total blade market in both x86 and non-x86. New models of Gen 8 ProLiant servers will be shipping in volume soon, generating further demand.

- IBM had a revenue share of 27.2% of the total EMEA market in 2Q12, despite double-digit annual revenue declines. The vendor's top revenue-generating server line was the RISC Unix line of Power Systems, which sold $282.8 million, followed by its x86 family of System x servers with $232.4 million. System z servers generated $53.2 million, a sharp decline year-on-year (down 51.4%). Demand could pick up in 2H12 as a result of a new generation of mainframes, the zEnterprise EC12, aimed at hybrid cloud computing.

- Dell increased its share of the EMEA server market by two percentage points in 2Q12 when compared with 2Q11, and has been maintaining a consistent pace of growth throughout the last few quarters in terms of market share. The vendor is benefiting from strong demand for high-end x86 servers and sales of its PowerEdge line grew 3.9% annually, at around $413.0 million. Dell was the only vendor in the top-five group to enjoy annual growth, as it is not exposed to declines in the non-x86 area.

- Oracle's revenue declined by 28.6% year-on-year, the strongest annual drop of all the main players. The RISC Unix family of SPARC systems generated 54.8% of the vendor's sales, followed closely by x86-based solutions, growing its share of Oracle's server sales thanks to integrated system offerings and now accounting for 42.9% of the business, up from 38.6% the previous quarter.

- Fujitsu maintained its market share year-on-year, despite an annual decline of 11.7%, and continued to successfully transition the business mix to its Primergy line of x86 servers, which accounted for 66.0% of its total revenue. The BS2000/OSD family of mainframe servers produced a sizeable share of server sales for the vendor, with 33.1% of the total.

All product and company names may be trademarks or registered trademarks of their respective holders.

IDC is the premier global provider of market intelligence, advisory services, and events for the information technology, telecommunications, and consumer technology markets. IDC helps IT professionals, business executives, and the investment community make fact-based decisions on technology purchases and business strategy. More than 1,000 IDC analysts provide global, regional, and local expertise on technology and industry opportunities and trends in over 110 countries worldwide. For more than 44 years, IDC has provided strategic insights to help our clients achieve their key business objectives. IDC is a subsidiary of IDG, the world's leading technology media, research, and events company. You can learn more about IDC by visiting www.idc.com.