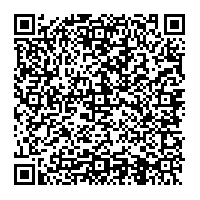 EMEA Server Market on the Slow Path to Recovery in Second Half of 2009, But Revenue Decline is Expected in the Double Digit Range for Full Year

Subscribe to news
(PresseBox) ( London, 09-06-25 )
According to IDC's EMEA Quarterly Server Forecast, server revenue in EMEA in the second quarter of 2009 (2Q09) will decline by 39.3% over the year-ago period, to $ 2.9 billion. This fall will mark the fourth consecutive quarter of year-on-year spending decline, and a deterioration of server sales in EMEA, which already recorded a 34.3% revenue decline in 1Q09. IDC forecasts that the second quarter of 2009 will represent the peak of annual server declines in both revenue and units, with the number of boxes shipped standing at less than half a million, a decline of nearly 30%.

"In 1Q09, every sector of the economy felt the pressure of the global crisis, with most of the countries in Western Europe heading into recession and economies in Eastern Europe often paralyzed by the credit freeze," said Nathaniel Martinez, IDC program director for European Systems and Infrastructure Solutions. "IDC has lowered its forecast expectations to reflect the full impact the deepening recession has had on the server market."

"The server market slowdown is taking different shapes and timeframes depending on the country, with the U.K. already severely hit, and continental countries following on that path," said Beatriz Valle, research analyst, IDC European Server team. The second half of 2009 will continue to present annual falls, which will be more pronounced in revenue than in shipments due to a general trend of lowering ASVs that pre-dated the current downturn. Revenue declines will gradually soften during the next four quarters, but positive revenue growth will not return to the EMEA server market until the third quarter of 2010, with revenue bottoming out in the first quarter of 2010 at $2.6 billion. IDC believes buyer interest will resume this autumn and that green shoots will be evident from the second half of 2009, albeit modest.

x86 revenue is anticipated to fare slightly better than the rest of the market , with revenue falls back to single digits by 1Q10, largely due to demand for blade servers and consolidated infrastructures. "Increased consolidation, rationalization needs, and budget constraints within companies will play a major role in shaping server demand," said Giorgio Nebuloni, research analyst, European Systems and Infrastructure Solutions. "On the other hand, non-x86 revenue, whose decline will remain in the double digits in 1Q10, will make a decisive comeback in the second half of 2010 due to pent-up demand for specific scale-up refreshment projects in the corporate space."

Volume servers will experience a more gradual growth pattern, with revenue slowly picking up from $1.6 billion in 2Q09 to $1.7 billion in 3Q10, and returning to positive growth in 2Q10. Midrange and high-end servers will not return to annual revenue increases until 1Q11.

In absolute revenue terms, full recovery belongs in the volume and midrange segments, the only ones to increase their market share against the high-end. This is because x86 technologies continue to cannibalize other server areas, pushing demand for lower-priced boxes, and non-x86 projects are going second-tier, to the bottom half of the market, with commoditization taking place.

Recommend EMEA Server Market on the Slow Path to Recovery in Second Half of 2009, But Revenue Decline is Expected in the Double Digit Range for Full Year press release