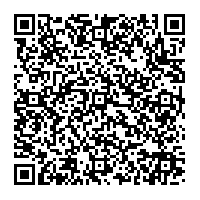 Subscribe to news
(PresseBox) ( London, 12-07-20 )
The PC market in Europe, the Middle East, and Africa (EMEA) continued to benefit from an easier year-on-year comparison, and maintained positive growth as expected in the second quarter of 2012 (2Q12), even outpacing a 5.6% forecast, with overall PC shipments increasing 9.1% from a sell-in standpoint compared with the same quarter last year, according to the International Data Corporation (IDC) Europe, Middle East and Africa Quarterly PC Tracker.

Growth in Western Europe remained moderate at 4.1%, affected by continued softness in consumer demand, while commercial demand also slowed down. Growth in the Central and Eastern European (CEE) region outpaced expectations, recording strong 25.1% growth year on year, boosted by an aggressive vendor push in the region. The Middle East and Africa region, however, displayed disappointing trends, with more modest growth of 4.8% year on year.

"While demand remained soft during the quarter, the market continued to benefit from a favorable year-on-year comparison versus 2Q11 last year, when sell-in was affected by the inventory buildup and led to a contraction of 8.4%, but was further boosted this quarter by an aggressive push from some vendors in the channel and a significant portion of sea-shipped products in transit for the third quarter," said Karine Paoli, associate vice president, IDC EMEA Systems and Solutions Infrastructure group. "While this is likely to lead to softer sell-in levels in July and August, as the channel will need to leave room for the Windows 8 transition, the new Win8 product lineup will in turn support a reacceleration in September."

Western Europe PC shipment levels returned to a soft positive from a sell-in standpoint, primarily driven by an easier year-on-year comparison after the 20.2% market contraction last year, as the market continued to be affected by declining consumer demand in many countries, while commercial demand also slowed as economic uncertainty continues to weigh on business decisions and budgets, and overall volumes remain below 2008 levels. The Nordic countries continued to drive the region from a growth perspective, while the largest countries kept afloat, albeit still negative in the U.K., but slow demand maintained low single digits elsewhere, with Germany also suffering from a deceleration in consumer demand.

New ultra-book and ultra-slim products have come to market, but consumer spending continues to be geared toward other devices, tablets or phones, and the market remains very price sensitive or in a "wait and see" mode and therefore more receptive to lower price points for the time being. However, the Windows 8 launch in October, combined with the expected push from vendors on ultra-slim models, will help revive consumer traction and drive a rebound during the back-to-school and Christmas seasons.

"The PC market in the Central and Eastern Europe, Middle East, and Africa [CEMA] region recorded year-on-year growth of 15.2% unit shipments in 2Q12, reaching a volume of 12 million units," said Stefania Lorenz, research director, IDC CEMA. "The regions witnessed very different dynamics, with CEE exceeding growth expectations unlike MEA. The CEE region reported an annual increase of 25.1%, mainly driven by the aggressive push from vendors into the channel. Russia drove growth in the region with a volume of 3.96 million units, which will result in expected high inventory for the upcoming quarter. The MEA region reported a soft increase of 4.8%, driven by higher demand for desktops. The slowdown in the region can be attributed to double-digit contraction in Turkey, Israel, and Saudi Arabia, the major countries in the region. Price erosion in most parts of the region, especially in the notebook market, accompanied by a greater shift toward entry-level models, prevented the notebook market from slowing down even further."

HP maintained strong leadership in EMEA despite softer performance in the second quarter in line with market conditions, affected by slow demand in the consumer space in Western Europe and adversely impacted by a strong quarter last year in the commercial space. The vendor continued, however, to drive a strong product lineup, effective channel management, and robust growth in the CEE region.

Acer returned to a stronger position, benefiting as expected from an easier year-on-year comparison, with the vendor suffering a 37.8% contraction last year due to the inventory buildup. The vendor posted stronger sell-in levels across all regions, with particularly strong growth in the CEE and MEA regions, and was boosted by a large portion of sea shipments which will hit the retail shelves in 3Q12.

Asus also recorded a strong quarter, taking the third position in the overall EMEA ranking. The vendor also benefited from an easier year-on-year comparison and an aggressive sell-in push, continuing to grow across the region with strong share gains in Western Europe as well as CEE, while additional volumes and presence in the desktop market contributed to incremental growth.

Dell dropped to fourth place, directly impacted by slower commercial demand and aggressive competition across all segments. The vendor maintained strong positions in the desktop market in Western Europe and recorded robust growth in the Middle East, but suffered from tough competition in the notebook space.

Lenovo continued to gain solid share in EMEA and to display the fastest growth among the top 5 vendors, supported by outstanding growth and results in the CEE region and continued expansion in the consumer space in both Western Europe and CEE. The vendor also continued to drive sustained performance and share gains in the commercial space, despite softer market performance.

Beyond the top 5, we also note Toshiba's strong performance this quarter, reinforcing its sixth position in the overall EMEA ranking with robust 34.9% growth year on year, strong performance in Western Europe, and continued expansion in the Middle East and Africa region. Samsung maintained seventh position and returned to positive growth, but continued to suffer from declining shipments in Western Europe. Apple continued to enjoy strong brand momentum and benefited from the product lineup refresh, while Sony recorded a good performance and climbed one place to ninth position thanks to sustained performance in Europe and strong growth in the CEE region. Fujitsu also recorded another strong quarter, with increasing volumes in Western Europe and continued expansion in the CEMA region.

International Data Corporation (IDC) is the premier global provider of market intelligence, advisory services, and events for the information technology, telecommunications, and consumer technology markets. IDC helps IT professionals, business executives, and the investment community to make fact-based decisions on technology purchases and business strategy. More than 1,000 IDC analysts provide global, regional, and local expertise on technology and industry opportunities and trends in over 110 countries worldwide. For more than 48 years, IDC has provided strategic insights to help our clients achieve their key business objectives. IDC is a subsidiary of IDG, the world's leading technology media, research, and events company. You can learn more about IDC by visiting www.idc.com.