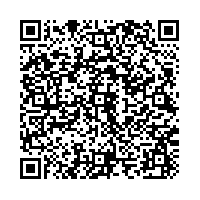 Subscribe to news
(PresseBox) ( London, 10-07-21 )
The PC market in Europe, the Middle East, and Africa continued to demonstrate strength in the second quarter, as anticipated, and recorded a solid 21.1% growth year on year, with close to 24 million PCs shipped across the EMEA region.

Despite fears of a slowdown and rising concerns about unfavorable exchange rates and escalating public debt across a number of countries, the PC market delivered a robust performance, even exceeding anticipations overall across both commercial and consumer segments.

Growth in Western Europe continued to show robust trends at 15.1%, driven by a gradual rebound in business renewals and continued strength in the consumer market. Central Eastern Europe continued to recover and recorded another strong increase at 53.7%, while growth in the Middle East and Africa region also remained buoyant at 16.4%. Portable PCs continued to drive growth across EMEA, with over 26% growth year on year, while desktop sales also benefited from uptake in commercial demand and new allinone systems.

"While European economies remained challenged by a potential new wave of crisis across the eurozone, as well as pressure to curb public spending to reduce deficits, the PC market continued to deliver a robust performance in Western Europe," said Eszter Morvay, Research Manager for IDC's EMEA Personal Computing. "Market dynamics were driven by the gradual rebound in the business space as companies reengage on hardware renewals, and by continued strength in the consumer market fuelled by mainstream notebook renewals".

"Recovery in the CEMA region continued as expected, and PC shipment growth reached a solid 33% year on year. Central and Eastern Europe recorded the strongest growth at 53.7%, driven by both desktops and notebooks. Evidence of a recovery is clear in both the commercial and consumer spaces across all countries in the CEE region, with the highest growth levels recorded in Russia, Ukraine, Czech Republic, and Slovakia for instance. Growth in the Middle East and Africa performed in line with forecasts at 16.4%, with the African continent outperforming the Middle East, reporting annual growth of 34%," said Stefania Lorenz, Systems and Infrastructure Solutions Research Director, IDC CEMA.

As anticipated, the market clearly benefited from a gradual uptake in the business space as companies started to reengage on refresh cycles in Western Europe, while also picking up across the CEE region. Although spending will remain cautious, better than expected commercial PC market growth is an encouraging sign and accelerating demand will continue to support the market in the second half of the year.

On the consumer side, and despite fears of a slowdown in demand due to rising concerns over unemployment and tax increases, demand remained strong, driven by mainstream notebook renewals and increasing uptake of allinone PCs.

"Mainstream notebook renewals continued to be the key engine of growth for the second consecutive quarter, while demand for mini notebooks slowed further, with volumes contracting in Western Europe, said Morvay. "With the renewal of a large notebook installed base having been put on hold for the past 12 months, many users are now looking at replacing their main platform. This latest renewal cycle of primary PCs is also stimulating a revival of consumer desktop demand, supported by the attractive price/performance ratio of standard desktops as well as new appealing allinone systems."

Competition in the market remained fierce, but prices are demonstrating stabilizing trends. With the unfavorable €/$ exchange rate and the subsequent impact on sourcing, vendors had to deploy more sensible pricing strategies. However, some countries continued to see aggressive promotions in order to move excess stock from the previous quarter. The market also benefited from a more balanced product mix, with increasing share of mainstream notebooks versus mini notebooks, as well as higher priced allinones in the desktop market, which contributed to increasing average selling prices and supported stronger revenue growth.

"The first half of the year confirmed a strong recovery in the EMEA PC market, and while global economic conditions will remain challenging, the outlook for 2H10 remains positive, and will be driven by the continued rebound in business and consumer renewals," said Karine Paoli, Associate Vice President, IDC EMEA Systems and Infrastructure Solutions. "Emerging markets will continue to recover and start expanding again, while mature markets in Europe will benefit from an acceleration in commercial refreshes and continued strength in consumer demand. And while a major focus is likely to remain on mainstream notebooks in the backtoschool season, new media tablets are likely to add momentum during the Christmas season, further boosting multiequipment trends."

HP maintained a solid leadership and performance across EMEA. The vendor drove further dominance in the desktop market, with strong desktop sales in both the commercial and consumer space, but faced stiff competition and more moderate growth in the portable PC space. The vendor continued to deploy effective execution across all segments, while increasing average selling prices supported healthy revenue growth.

Acer recorded a strong quarter, driven primarily by continued recovery in the CEE region, where volumes had dropped significantly last year, while growth in Western Europe softened. The vendor maintained leadership and pressure in the portable PC market across both mainstream and mini notebook segments, while it continued to drive share gains in the desktop space.

Dell continued to benefit from the business market recovery, reaching 10% growth overall, but growth slowed compared with the previous quarter, as the company suffered in Western Europe from declining consumer notebook sales. However, the vendor regained share thanks to effective positioning in the commercial segment in both Western Europe and CEE, and strengthened its position in MEA.

Asus recorded the strongest growth among the top players, driven by the CEE market recovery. Performance across Western Europe was also strong, with an increased push of both mainstream and mini notebook product lines into the channel, while reaping the benefits of a more dedicated sales organization.

Toshiba maintained fifth position in the overall ranking, and following a soft start of the year enjoyed a healthy upswing at over 24%. The vendor benefited from the recovery in the CEE region and strengthened its position in Western Europe, gaining share across both consumer and commercial segments.

Outside the top 5 players, several vendors recorded strong performances. In sixth position, Lenovo recorded an outstanding 70% growth, driven by major expansion in CEE and the healthy uptake in commercial demand in Europe, while further increasing its footprint in the consumer market. Samsung reinforced its seventh position in the EMEA ranking, with strong performance primarily driven this quarter by the vendor's expansion in the CEMA region, while growth softened in Western Europe. The vendor launched its first allinone product, thus entering the EMEA desktop market. Apple and Sony continued to leverage strong consumer demand and branding, while Fujitsu remained constrained overall, but gained share in the commercial desktop segment in Western Europe, benefiting from the ongoing desktop renewals across several countries.

IDC is the premier global provider of market intelligence, advisory services, and events for the information technology, telecommunications, and consumer technology markets. IDC helps IT professionals, business executives, and the investment community make factbased decisions on technology purchases and business strategy. More than 1,000 IDC analysts provide global, regional, and local expertise on technology and industry opportunities and trends in over 110 countries worldwide. For more than 44 years, IDC has provided strategic insights to help our clients achieve their key business objectives. IDC is a subsidiary of IDG, the world's leading technology media, research, and events company. You can learn more about IDC by visiting www.idc.com.