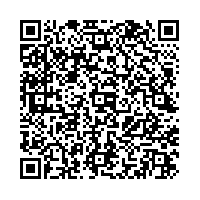 Big Data, Analytics, and Cloud Drive Enterprise Software Growth in 2012, According to IDC

Subscribe to news
(PresseBox) ( Framingham, Mass., 13-04-22 )
International Data Corporation (IDC) today released the latest results from the Worldwide Semiannual Software Tracker. For 2012, the worldwide software market grew 3.6% year over year reaching a total market size of $342 billion, which was in line with IDC's previous forecast of 3.4% and less than half the growth rate experienced in 2010 and 2011. In that sense, 2012 confirms the beginning of a more conservative growth period. In the middle of this scenario, there are faster growing market segments, such as Data Access, Analysis and Delivery, Collaborative Applications, CRM Applications, Security Software, and System and Network Management Software. Every one of these markets grew in the 6-7% range, about double the rate for enterprise software as a whole.

"The global software market, comprised of a multi-layered collection of technologies and solutions, is growing more slowly in this period of economic uncertainty. Yet there is strong growth in selective areas. The management and leveraging of information for competitive advantage is driving growth in markets associated with Big Data and analytics. Similarly, rapid growth in cloud deployments is fueling growth in application areas associated with social business and customer experience. Both these initiatives require a reliable and secure infrastructure, driving investments in security and system/network management. The combination of these forces is advancing the growth to what IDC has termed the third platform", said Henry D. Morris, Senior Vice President for Worldwide Software, Services and Executive Advisory Research.

Three primary segments comprise the total software market in IDC's software taxonomy: Applications; Application Development & Deployment (AD&D); and Systems Infrastructure Software. Among the three primary segments, the AD&D segment, which comprised nearly 24% of total software revenues in 2012, was the fastest growing market with a 4.6% year-over-year growth rate. Growth in the AD&D segment was largely driven by the performance of the Data Access, Analysis, and Delivery and the Structured Data Management secondary markets with 6.0% and 5.9% growth rates, respectively. Business Intelligence and Relational Database Management Systems (RDBMS) solutions are pushing the growing trend for these markets because of widening Big Data and Analytics adoption. Big data and analytics are also closely tied to the fast growth social business software markets, where the combination of contextual data and the "right" expertise is becoming critical for supporting enterprise decision making and data driven customer experience solutions. Oracle continued to lead the AD&D segment with steady market share of 21.6%, followed by IBM, Microsoft, SAP, and SAS. Among these vendors, Microsoft and SAP stood out by each gaining almost a half point of market share year over year.

In the Applications primary market segment, which comprised 49% of total software revenue, year-over-year growth for 2012 was 3.3%, which is slightly lower than for software overall. Within this market segment, CRM and Collaborative Applications stood out with year-over-year growth rates near 7%. While the former is driven by the cloud migration trend and the large investments by businesses to deliver a better customer experience to the "social customer", the latter is largely driven by the Enterprise Social Software market, which grew at 24.8% year over year and gained more than 5 points of market share over three years. Mobile, while not a direct enterprise applications driver, is however a contributing factor and driver for businesses moving to newer and more mobile device agnostic enterprise software. From a vendor perspective, Microsoft led the Applications primary market in 2012 with 13.7% of market share followed by SAP, Oracle, IBM, and Adobe; IBM showed the highest growth rate as it is expanding its portfolio coverage in the Middleware, Infrastructure and Information-related markets to the Applications markets.

On a regional basis, the overall software market was heavily influenced by the downward trend in Western Europe, which represented 26.5% of the worldwide market and was the only region to experience negative growth in 2012. The U.S. market, which represents more than 45% of the overall market, grew 6.0% year over year while the emerging markets in Latin America, Asia/Pacific (excluding Japan), and Central Europe, Middle East, and Africa (CEMA) also experienced solid growth in 2012. The countries with the greatest growth in 2012 were Saudi Arabia, Peru, Colombia, China, and Turkey.

IDC Tracker products provide accurate and timely market size, vendor share, and forecasts for hundreds of technology markets from more than 100 countries around the globe. Using proprietary tools and research processes, IDC's Trackers are updated on a semiannual, quarterly, and monthly basis. Tracker results are delivered to clients in user-friendly excel deliverables and on-line query tools. The IDC Tracker Charts app, available at iTunes, allows users to view data charts from the most recent IDC Tracker products on their iPhone and iPad.

International Data Corporation (IDC) is the premier global provider of market intelligence, advisory services, and events for the information technology, telecommunications, and consumer technology markets. IDC helps IT professionals, business executives, and the investment community to make fact-based decisions on technology purchases and business strategy. More than 1,000 IDC analysts provide global, regional, and local expertise on technology and industry opportunities and trends in over 110 countries. For more than 49 years, IDC has provided strategic insights to help our clients achieve their key business objectives. IDC is a subsidiary of IDG, the world's leading technology media, research, and events' company. You can learn more about IDC by visiting www.idc.com.