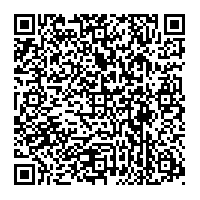 Subscribe to news
(PresseBox) ( London, 17-12-14 )
Shipments of Western European Personal Computing Devices (PCD), including traditional PCs (a combination of desktops, notebooks and workstations) and tablets (slates and detachables), will total 79.7 million in 2017, a 2.1% YoY decline (-2.8% in 2018 with 77.5 million shipments). Convertibles, ultraslims, and detachables will continue to grow until at least 2021, representing 42.2% of the total PCD market by that time in comparison to 21.9% at the end of 2016. Traditional formats are lagging behind due to the shift to other form factors and the acceleration of mobility, where higher flexibility and versatility allows end users to adapt devices to their mobile needs, to easily carry their PCs around, and to use them anytime anywhere. Besides, the elegant designs and attractive price points will facilitate the decision to choose one of these devices. Nevertheless, there will be a big opportunity in the gaming field for traditional products, especially notebooks.

Overall, the commercial PCD segment will perform well, growing at 0.9% by the end of 2018, mainly driven by SMBs that are due to renew their older installed based (four years and beyond for notebooks) while the end of Windows 7 support in January 2020 will support renewals in large and very large enterprises in 2019 and 2020. Portable form factors will be key to the growth of the segment over the coming years, while traditional solutions will still struggle to compete against those flexible products. On the other hand, the consumer segment is still expected to decline further until 2021, although not massively. One main driver on the consumer market will be the increase in demand for gaming devices, especially traditional notebooks and desktops. However, even though gaming-oriented devices will continue to see traction, they are relatively low in numbers and won't be able to offset the decline in an impactful way. Thus, these categories will continue to erode overall throughout the years as no other major shift in the market is expected that would drive demand for them. Traditional desktops and notebooks will contract respectively by 2.9% and 15.1% between 2017 and 2021.

"Consumer demand is finally reaching stabilization for notebooks, enabled by the improvement of macroeconomic situations across the region, particularly in Southern Europe, and driven by the increasing adoption of ultramobile form factors, which will continue to gain market share," said Laura Llames, research analyst, IDC Western Europe Personal Computing. "Furthermore, OEMs are increasing their push on gaming and convertible devices, which are expected to grow further in units."

Detachables are expected to ramp up in both the commercial and consumer spaces, growing at 20.4% and 10.7%, respectively, by the end of 2018 and remaining positive until at least 2021. In the commercial segment, SMBs will be retaining the majority of share, but large and very large enterprises will grow at a faster pace. With the completion of the transition towards Windows 10 advanced by 2018 and the end of Windows 7 support by 2020, these devices will gain further momentum. On the other hand, slate tablets are still struggling to reach growth and will continue to decrease until at least 2021, with a fall of 4.3% YoY by the end of that year.

On one hand, the improvement in the macroeconomic situation in certain Western European countries will support acceleration in IT investments, and this will contribute to the steadiness of the market. On the other hand, political uncertainties such as Brexit will negatively impact the market mid-term (See IDC European IT Market Update – A Deep Dive on the U.K., 17 Months After the Brexit Referendum).

Recommend Acceleration of Mobility and Gaming Devices Will Drive the Market in Western Europe During the Next Four Years, says IDC press release